The Wild Update comes to Minecraft in snapshot 22w11a

Our first look at the Mangrove Biome, Mud Blocks and Frogs 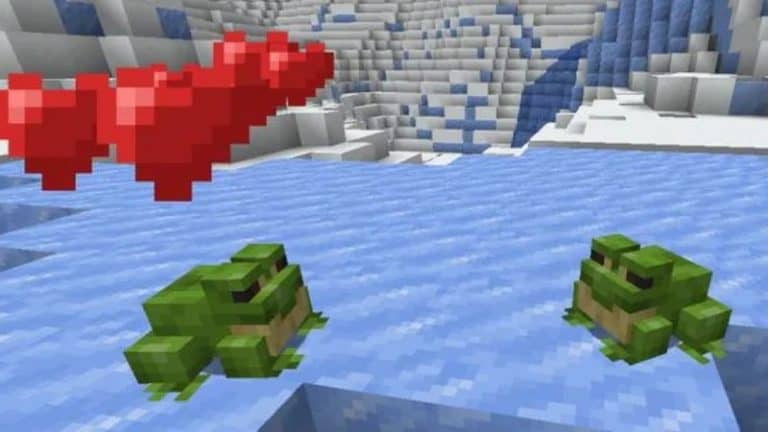 The first proper snapshot for Minecraft’s Wild Update is finally here, following the release of an Experimental Snapshot in February 2022.

Minecraft Bedrock players have already had some time to familiarize themselves with Frogs and Froglights in Minecraft Beta 1.18.30.22 and Minecraft Preview 1.18.30.23. In contrast, Java Edition players have been able to delve into the Deep Dark, as well as their Ancient Cities and, most excitingly, highly-anticipated new hostile mob The Warden. As this was an Experimental Snapshot, though, these features still aren’t actually in Minecraft proper, and you won’t find The Warden in this – separate – snapshot we’re talking about here. To find out more about the 1.19 Experimental Snapshot, check out our original article about The Warden and Minecraft 1.19.

The first proper Minecraft snapshot for The Wild Update, 22w11a brings with it just a glimpse at what’s to come. For example, we can spawn Frogs and Tadpoles and build with Mangrove wood in Creative mode, but there isn’t yet a Mangrove biome in Survival. We can now delve into the Deep Dark, but, again, The Warden is not yet in this version. Here’s everything new to Minecraft 22w11a in more detail.

The newest passive mob, the Frog, can be spawned in Creative mode using a Spawn Egg, and will spawn naturally in Swamp biomes. When the full Wild Update comes to Minecraft, Frogs will spawn in both Swamps and Mangrove Swamps, but as we’ve just mentioned, the latter isn’t yet available.

Frogs are a unique Minecraft mob in that they don’t grow from baby frogs. Instead, tadpoles are another new passive mob added to Minecraft in the 22w11a snapshot. True to real life, tadpoles grow into frogs, while every other baby Minecraft mob until now is just a smaller version of the adult. While Frogs can swim in water and walk on land, tadpoles can only swim in water, and will act similarly to fish when on land, flopping around erratically before eventually dying.

Frogs come in three different variants, decided upon the temperature of the biome it spawns in. If a tadpole grows into a Frog, the biome in which it matures will determine its color.

Regular, temperate biomes will cause a tadpole to grow into a Temperate Frog, as seen in the above image. Cold biomes, such as Ice Spikes, Frozen Peaks and The End will produce a Cold Frog, which is green in color. Finally, warm, or hot, biomes – such for example deserts, savannah and Badlands – will result in a Warm Frog, which is white.

Before Tadpoles, there is actually another stage in the Frog lifecycle, and that’s Frogspawn. Seen in the image above, Frogspawn is an inanimate, transparent block, and will spawn when two Frogs enter love mode, similar to the eggs that a laid by Turtles. In time, Frogspawn will hatch into tadpoles.

Froglights are a brand-new light block to Minecraft, and – in Survival mode – can only be obtained when a Frog eats a small Magma Cube,. The only way, therefore, to farm them is to take a Tadpole in a bucket to a Magma Cube spawner in the Nether, and let it grow into a frog. Yeah, they’re going to be pretty rare. If you can get one, though, they’re massively useful, as they throw off a lot of light. They look lovely, too, coming in three colours. A Temperate Frog will drop an Ochre Froglight, A Warm Frog will drop a Verdant Froglight, and a Cold Frog will drop a Pearlescent Froglight.

Another Overworld biome that is new to the Wild update has been added in snapshot 22w11a, and that’s the Deep Dark. Players might have already experienced the Deep Dark in either the Bedrock Beta or the Experimental Snapshot, but if not, then now’s your time to experience the depths of What’s underground The Wild Update.

At the moment, this is just the start of the Deep Dark. As mentioned, The Warden and Ancient Cities will not generate in this snapshot, but you can start to play around with Sculk and its variations.

This group of blocks is all about sound and signals and can be used with redstone. Another Sculk block, the Sculk Sensor, detects movement and gives off a signal when activated. This block has not been added in this snapshot, but is in the experimental snapshot, and alerts The Warden when players or mobs are nearby.

Another change that has been introduced in this snapshot is 3D Directional Audio. In order to make the most of this new setting, you will need to toggle it on.

You can turn 3D Directional Audio back off again the same way. Once on, you will need compatible headphones or speakers to experience the directional audio, but Mojang recommends using headphones.

In much the same way as you might utilise directional audio in a shooter, this setting will allow you to be able to tell which direction certain sounds are coming from. This is particularly useful in Minecraft for telling where mobs are, hostile mobs in particular. How many times have you been blown up by a Creeper, even if you can hear it, because you couldn’t get out of its way quick enough? Now you’ll know exactly where it is in order to run. It is likely Mojang have decided to bring this setting in now, though, ahead of the release of The Warden. Sound is more important than ever in Minecraft now, as The Warden, while terrifyingly brutal, is Deaf. As such, it can only tell where you are from sound. And while you may be able to hear it, The Warden’s home biome – The Deep Dark – is just that. Dark.

Deaf and hard of hearing Minecrafters have been able to use Subtitles for this same reason for some time, as Minecraft’s subtitles offer directional pointers as well.

How to play Minecraft snapshot 22w11a

This Minecraft snapshot, and the full 1.19 snapshots after it, will be available to play with no download, straight from the Minecraft launcher. Simply enable snapshots in the installations tab, and then select “Latest snapshot” in the dropdown menu to the left of the “Play” button.