Home » Gaming » Minecraft » The Wild Update gets close with 1.19 Pre-Release 1

The Wild Update gets close with 1.19 Pre-Release 1

Ironing out some Fireflies (I mean, bugs) before the Wild Update release 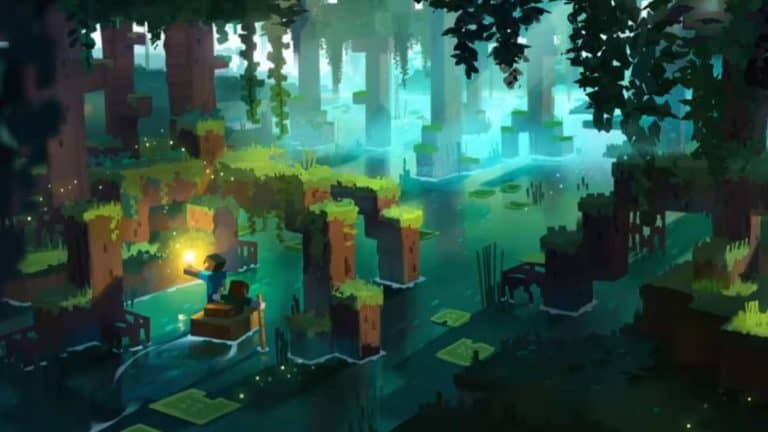 Minecraft’s Wild Update edges ever closer as we officially enter the pre-release stage! Essentially, this means all of the new features are locked down and have been tested out in previous snapshots, and now Mojang are just ironing out any last major bugs and implementing technical changes and tweaks.

When we look back at previous updates, there can be up to around seven or eight pre-releases before entering the Release Candidate stage, the final stage before full rollout. However, this sounds worse than it is, with the first 1.18 pre-release coming out on November 11, 2021, just 19 days before the full Caves and Cliffs Part II release. With this in mind, we could only be two or three weeks away from The Wild Update!

Again, there aren’t really any new additions once we pass the snapshot phase, and the pre-release stage is just for perfecting things based on player feedback. As you’ll see in the few changes below, it’s really just a selection of quality of life changes.

Changes to the Mangrove Swamp

The biggest change made in 1.19 pre-release 1 is a reduction in the frequency Mangrove Trees that generate in the new Swamp biome. This doesn’t come as much of a surprise if you’ve experienced a Mangrove Swamp, as they did feel a little overwhelming, and it was hard to enjoy the scenery to its full potential.

Nether mobs will now spawn in a slightly wider range of light-levels. Endermen, Wither Skeleton, Piglins and Skeletons now spawn between lights levels 0 and 11, a slight increase to previous snapshots.

Other, smaller changes include a change to the armor equip sound that plays when you auto-equip a Skull or Pumpkin from your hotbar, and this now matches the standard sound made when suiting up with a helmet. There have also been further amendments to vibration particles.

To see the full 1.19 Pre-Release 1 changelog, including technical changes and bug fixes, check out the patch notes on Minecraft.net.

When will The Wild Update be released?

As mentioned above, we could be just a matter of weeks from the official roll-out of Minecraft 1.19, The Wild Update. However, we don’t know for sure just how long it will be before the new update arrives. The fewer bugs and issues arise, the less time before release. However, we do know that pre-releases are ramped up in frequency from the snapshot phase, so we’ll keep you updated as we get closer to The Wild Update.

What are you most excited for about The Wild Update? And have you played with any snapshots yet or are you waiting to be surprised after the full release? Start the conversation in the comments below! While we are sad that Birch Forest and Fireflies aren’t being added, we’re still excited about everything coming in 1.19, particularly the Mangrove Swamp and Ancient Cities, and can’t wait to find something to build with Froglights!