Here are some of the best New World DPS builds you can try for yourself. 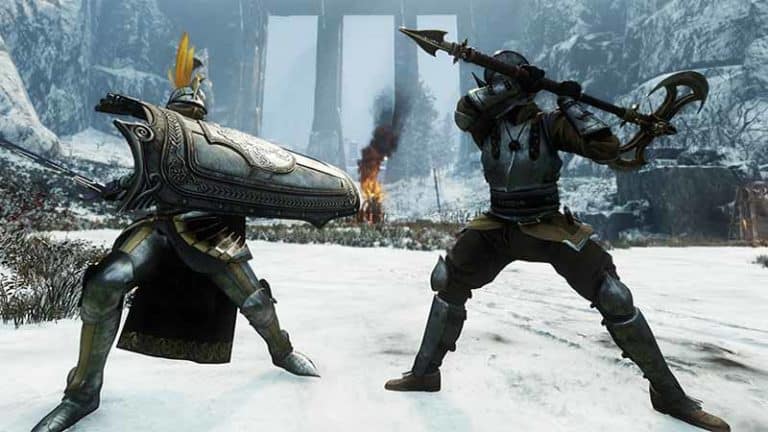 However, many people are especially interested in using the best builds to perform. If you’re looking for the best New World DPS builds and weapons, we will guide you through a few options.

The Fire Staff is by far the best weapon for doing insane burst through crits. You can also do some incredible openers using the Fire Staff if you want to go full. Mage: Here are the core passives and attributes you need to make the build work.

If you like the idea of having a bonus 20% crit chance, then you can use the Fire Staff, and Rapier build. The build ensures you get to the 50 point Dexterity while having Intelligence that increases the power of your Rapier and Fire Staff’s weapon strength. We advise making sure you get Dryad enchanted gear, as that gear provides both Dexterity and Intelligence attributes, allowing you to get to 50 Dex without having to place attributes into that manually.

However, if you want to do some incredible openers, you can opt-in for the full Intelligence build.

Your ideal opener will always use Pillar of Fire on a full HP target, ensuring you get the Pillar of Fire bonus damage and your 300 point Intelligence first strike bonus. The added bonus applies to multiple enemies hit with the same Pillar of Fire so that you can do great AOE on top of single target nukes. If you’re using this build in PvE, you’ll need to coordinate with your group to do some powerful opening burst or crit damage. Do be aware that this build does fall off outside of the opener. If you want to do pure damage, then you’ll need to wear light armor, as that provides a 20% damage bonus on everything. Read more: New World armor guide.

Furthermore, this build is incredibly strong in PvP, allowing the Fire Staff user to get some powerful crits on their opponents. You’re more than likely going to find more than one threat, especially in wars. That way you can ensure you get your huge first hit benefits on countless enemies. The only downside is you’re going to need to be somewhat close to your targets to land them. We recommend taking a weapon that can buy you space in case you do opt for this build.

The New World Rapier build is one of the only weapons in New World that has a traditional MMORPG rotation. The core of the Rapier build specs into the Blood tree, which combines a mixture of damage over time stacks, with an execute that gets stronger with every bleed stack. Here are the skills and attributes you need to make the build work.

The main aim of the build is to continue to mount pressure using the Rapier’s Bleeds and execute window. In that time, you will need to attack using your light and heavy attacks. The third skill is entirely filler, as you can use any of the Grace skills. Be aware that this build benefits a lot from bosses, where you can reliably get to three-stacks of the bleed before the mob dies.

If you’re attacking mobs around your level range, then it is unlikely you’ll get to three stacks. You’re best getting to two stacks and then using Flourish and Finish to execute the mob. In some instances, you can only use one stack before the mob is almost dead.

Furthermore, remember to try and attack enemies from behind and CC them for some extra burst damage potential. It gets even more important to do so when you get to 200 and 250 points in Dexterity. Attacking from behind always grants extra damage, and that only gets stronger with these attribute perks. Moreso, the Rapier’s Grace tree has Riposte to grant a stun on the target if you want to scale that way. As for you armor, you can opt for light armor for the 20% damage buff or medium armor for the 10% CC bonus duration and 10% bonus damage. The choice is yours.

The Bow is a very versatile weapon, with its marksman single target damage builds and AOE, / debuff focuses. The Skirmisher build is about dishing out great AOE damage, which is very good for kiting mobs in the open world and group content. You do this by using the Poison Shot to apply DoT to your targets while raining arrows from the sky.

The Hunter spec might be for you if you prefer a single target build, which is great for PvP or killing bosses in PvE. The Hunter provides Rapid Shot, Piercing Shot and Splinter Shot. These abilities are heavy armour-piercing damage skills while adding in some cleave. However, the selling point is the buffs to damage the further away you hit a target and landing headshots. Once again, this playstyle requires a bit more aiming skill, especially since the weapon uses projectile aiming rather than hitscan. If you can find your mark often, this New World build will feel like one of the best New World weapons.

The only downside to the Bow is that it is arguably the hardest weapon in the game to use. The Bow uses projectile aiming, which is a very hard aiming method. You’ll need to put in the hours to get this build to work, as it requires you to understand the arrow velocity, trajectory, and aiming where they are going to be.

As for the Attributes, you will need to opt into a full dexterity build, especially for the 300 point bonus of a 15% chance of returning ammo. Either way, you have two very distinct New World DPS builds with the Bow. We haven’t bulleted the attributes for this build or useful skills and passives as we have done with other builds, due to the variance of effective build paths

The core build behind the New World Musket build is entirely about headshots. Even if you don’t manage to land headshots all the time, you can still get insane damage buffs to your regular attacks and skills. You will need to ensure you are aiming all the time to get some crazy damage bonuses while ensuring you can consistently get headshots to maximise your damage potential.

The Musket’s damage is incredible if you can land your headshots while in the Shooter Stance. The build’s core requires you to enter shooters stance, land headshots, which is empowered through the passives outlined above. However, Shooter Stance locks you in place while empowering your shooting efficiency. You need to make sure you are in a safe position before committing to unleashing lead on your enemies. It is a great build for destroying bosses and chipping away at enemy players in PvP.

If you want to use strength-based weapons, then you can use the Great Axe and the War Hammer. Both weapons are useful in a variety of situations. One of those situations is doing domine incredible cleave. The War Hammer has the Path of Destinty skill, that does weapon damage to all enemies within its trajectory. Furthermore, they have AOE CC skills like Shockwave.

Meanwhile, the Great Axe has several cleave skills called Maelstrom, which is a cleave that pulls enemies closer. You can then follow that up with Whirlwind, which deals 50% weapon damage every spin, spinning up to seven times if you upgrade it. The Whirlwind also does 30% more damage if you have three or more enemies getting hit by the Whirlwind.

Both of these weapons only take two weapon skills, so you can choose any of the other kills and build the weapons as you like. Remember to invest into every point of strength for the extra damage on stunned enemies and the increased damage to your light and heavy attacks.

Alternatively, the Spear has great AOE with Cyclone. If you fancy using a spear, you can slot it in this build for some more CC, single target and cleave damage. Also, we recommend taking medium armor at a minimum, so that you don’t get clobbered to death in melee. Plus the extra armor allows you to pull multiple mobs and cleave them down, as your build demands.

Do you have a preference of build from this list? Let us know in the comments below. 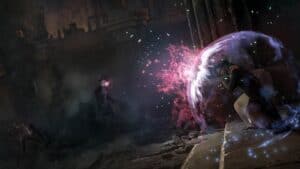