Home » Gaming » *LATEST* When Is The Next No Man’s Sky Update?

*LATEST* When Is The Next No Man’s Sky Update? 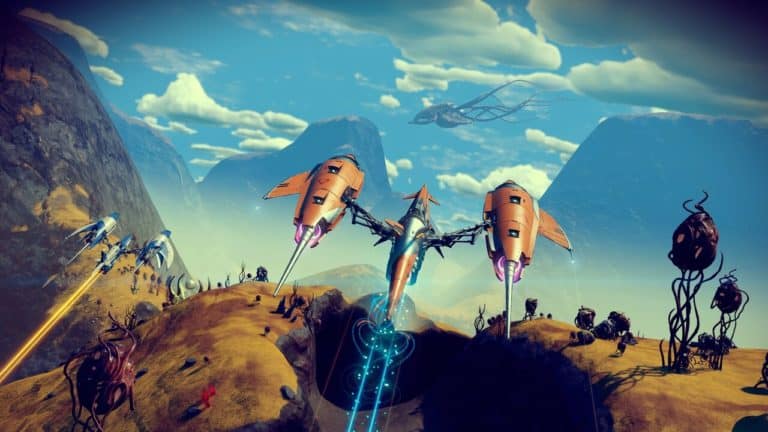 Table of Contents hide
When Is The Next No Man’s Sky Update?

And, there you have it folks. As sure as the tides, Hello Games unveiled the latest No Man’s Sky update today, titled Endurance.

It’s the 20th update for No Man’s Sky and it’s free to download for existing owners of the game on PC, Xbox One, Xbox Series X/S, PlayStation 4, PlayStation 5 and PSVR players now.

Here’s a brief breakdown of the new features:

The biggest update comes in the form of far improved customization for your vessels.

As the PS blog states, the update will allow vessels to become ‘space-traveling bases, complete with scanner rooms, shops, planters, refiners, and extractors to name but a few’.

“Travelers are able to map out and configure their freighter bases however they want in a wide variety of styles with glass corridors, catwalks (inside and out), and all-new hangar and bridge effects. And what’s more, you can populate your freighter with more crew members who bring your mobile base alive. Getting to your new base in the sky has never been easier with the ability to set up teleportation nodes anywhere on the ship.”

Catch a peek of the trailer for No Man’s Sky Endurance below and, for more details, a freshly-minted article is up on the PlayStation Blog.

It already seems like an incredibly busy year for No Man’s Sky, with PlayStation VR2 version is currently in development, and the Sentinels, Outlaws, and now the Endurance updates along with the Leviathan expedition all already under our belt within the first six months.

When Is The Next No Man’s Sky Update?

Before we had the news, earlier this week, the official No Man’s Sky Twitter posted a series of flexed biceps emojis, one of which came sided by a collage of all previous updates.

In the past, the game’s Twitter account has hinted at an upcoming update with an emoji linked more or less to its theme or major features.

A snorkeling mask preceded the launch of The Abyss, an underwater-focused update. A compass emoji came before Expeditions, an update introducing exploration-heavy shared events. And so on.

Extrapolating an entire update’s contents from a single emoji may seem fanciful. But, the No Man’s Sky community has turned deciphering Hello Games’ cryptic tweets into an art form. Over on the No Man’s Sky subreddit, one user had this nugget to impart:

“On July 20th, 1969, Neil Armstrong became the first human to set foot on the moon. Make what you will of this interesting fact!”

And, hey presto, we now have a new update!

With No Man’s Sky now out in the wild, you may be tempted to try out the space-faring sim for yourself. Before doing so, best check your rig is up to the task with our system requirements guide.