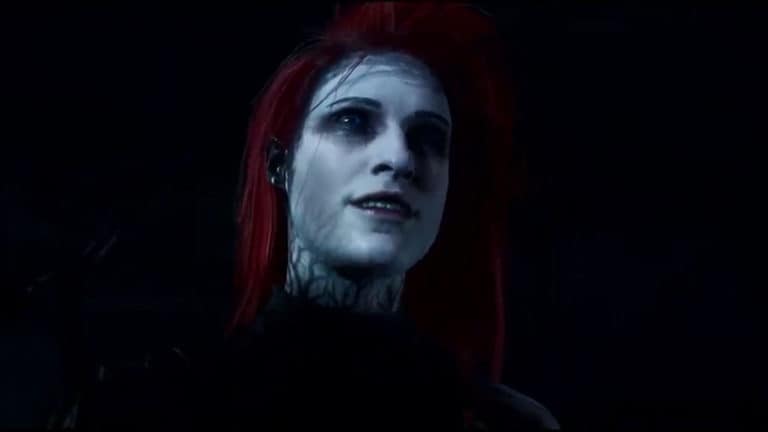 People Can Fly (PCF), and Square Enix has revealed the whole new Outriders New Horizon content update. The new content features heavily requested features from the community. Also, the developers showcased a first look at the first-ever Outriders expansion that is due to release in 2022.

Outriders New Horizon is the first big free post-launch content update coming to Outriders. It adds in plenty of new features, including some requested features, and more we didn’t know we needed.

It is safe to say that Outrider’s end game left a lot to be desired when the game first launched. However, the developers have been hard at work at revamping the end game. Since launch, the game has got a massive buff to legendary armor and weapon drops. Moreso, the way the game was played wasn‘t great. So, the Outriders New Horizon update features a new end game to grant player’s the end game that better aligns with PCF vision.

End game expeditions now award you with loot just for simply completing the expedition. That’s right; you no longer have to race against the clock. Now you can play whatever build you want and experiment with build diversity rather than play meta DPS builds. If you are interested in racing your friends, here is a time trial leaderboard to do your fast runs still and get bragging rights along the way.

Trasmog is a new feature that allows you to visually change the appearance and sounds of the weapon or armor. Every piece of gear in the game is transmutable and goes directly into your account’s transmog library. If you’re someone who loves playing every class in the game, you can equip different class armours for other classes. You may now wear your thick devastator armor on a flimsy Technomancer if you want to.

When Outriders New Horizon launches, you will get to play four new expeditions. Each one brings you to new areas of Enoch.

Also, to celebrate the launch of Outriders New Horizon, all players will get an appreciation pack featuring a legendary weapon, an emote and more. Meanwhile, any player who logs in before November 30 will get themselves a free legendary piece of armor that they have not already unlocked.

While the announcement on the new content update is great, the even better news is it comes out this week. Outriders New Horizon launches on November 16 at 17:00 GMT. This converts into 18:00 CET, 12:00 ET, and 09:00 PT. Those interested in reading the full content update plan can do so on People Can Fly’s official mega blog post they uploaded to Reddit.

While we got a great look at the new free content coming to Outriders, People can Fly announced a new expansion. They didn’t have much to say about the expansion. All we know is that we are off to a new part of Enoch, filled with new enemies. These enemies are pale like humans in nature and seem to have been affected by Enoch’s Storms in different ways. There is no release at the current moment in time. All we know is the expansion is going to drop sometime in 2022.