How does Persona 5 Royal perform on Steam Deck? 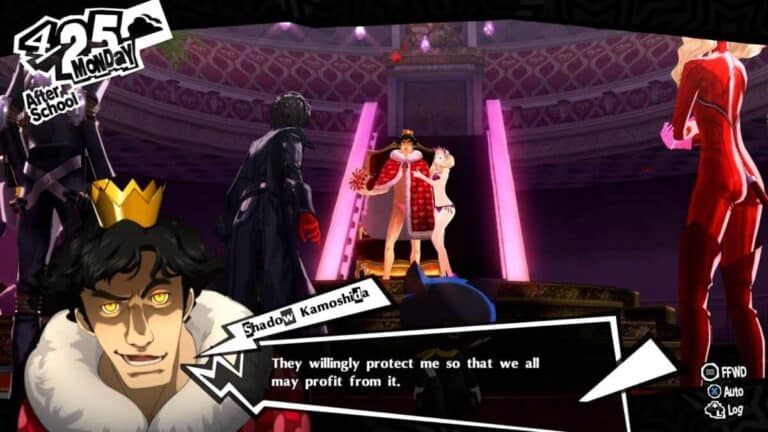 Table of Contents hide
Persona 5 Royal Steam Deck – How Does It Run?
What Else Can I play The Game On?

Persona 5 Royal released across basically every single platform recently, with the originally PlayStation-exclusive title launching on Xbox systems (through Xbox Game Pass), Nintendo Switch, PC, and Steam Deck. But how does it run when you play it handheld?

We take a look at whether or not it’s worth buying to play on a Steam Deck.

Persona 5 Royal Steam Deck – How Does It Run?

In a word, beautifully. Persona 5 Royal ran at 30FPS capped during gameplay on PlayStation 4, with a cap at 4K video output. Now obviously the Steam Deck isn’t capable of outputting a 4K resolution in handheld mode, with the console itself capped at 1280 X 800 pixels. I’m happy to report though that the framerate of the game doesn’t take a hit thanks to this lower resolution, with the game itself running at a smooth 60FPS throughout pretty much all of my playtime with the title.

This is a game that’s both highly rewarding to play and incredibly long, with playtime lasting for around 103 hours according to How Long To Beat. As you can imagine, playing that on a system such as a PlayStation can become rather tiring, especially when you’re as easily distracted as I am. Distraction problems have always been a problem in my life as far back as I can remember, and games are a part of that. Having the option to pick up and play a game of this length is incredible, and having it run at a solid framerate feels even better.

The game itself is as good as you remember. It’s incredible to hang out with Joker, Ryuji, Morgana, Ann, and the rest of the gang (that increases as you play the game to the point you’ll start forgetting names if you’re like me) while also able to stop at any point and not have to wait for a save point or risk your game corrupting. It’ll be interesting to see how many people jump onto the game for the first time since they now have the option to play it on the go, and how many people are just replaying it because they can.

Persona 5 Royal is a game that’s aged incredibly well and has classic written all over it. Having the option to play that game on more and more systems is an absolute win, and it’s so nice to sit in bed or sit at work during my lunch break and just play another phase of a palace, or go and try and eat the worlds biggest burger yet again. I simply cannot get enough of it.

What Else Can I play The Game On?

Persona 5 Royal is available on the following systems: