All Flabebe colours in Pokemon GO

Flabebe is coming to Pokemon Go! 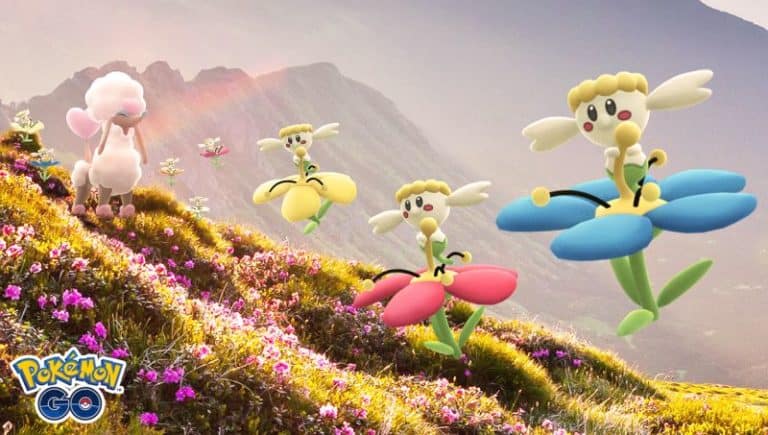 Table of Contents hide
Can Flabebe be shiny?
How to get all Fabebe colours
Florges
Best moveset for Florges
Offense
Defense

Flabebe is making its grand debut in Pokemon Go. One of the Pokémon introduced in the 3DS’s X and Y become a small fan favourite. The tiny pokemon is a cute little fairy type who latches onto a flower. It’s the one of the smallest Pokemon in the whole Pokedex, but it can evolve into one of the more powerful Fairy Types. And depending on the colour of the flower your Flabebe is sitting on will affect what colour your Florges will become. There are five different colours for Flabebe and thus five possible colours for Florges.

For the time being, there is not a shiny Flabebe in Pokemon Go. But there are the varying colours for the flowers!

How to get all Fabebe colours

To get your own Florges, you’ll need to evolve your Flabebe with the traditional candies. 25 into Floette and then 100 into Florges.

Florges (Blue) is a Fairy Pokémon which evolves from Floette. It is vulnerable to Poison and Steel moves. Florges’s strongest moveset is Vine Whip & Moonblast and it has a Max CP of 3,234.

“It claims exquisite flower gardens as its territory, and it obtains power from basking in the energy emitted by flowering plants.”

The best moves for Florges (Red) are Vine Whip and Moonblast when attacking Pokémon in Gyms. This move combination has the highest total DPS and is also the best moveset for PVP battles.