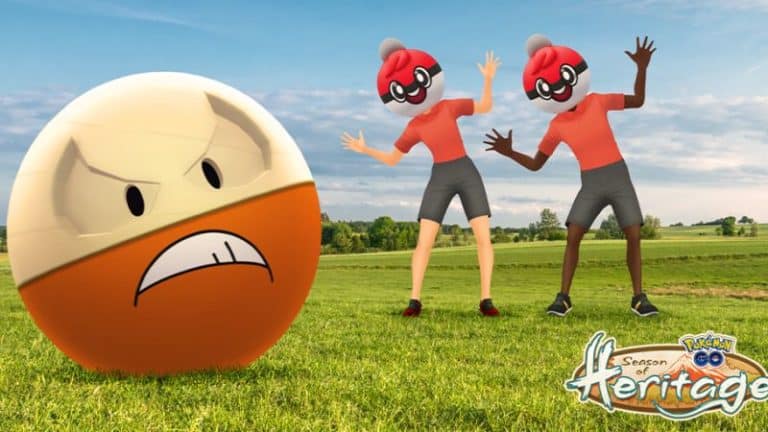 As players across the world get ready for Pokémon GO Tour: Johto, The Pokémon Company have announced a preparation event to help ensure you have all the gear you need – The GO Tour Pokéball Prep Rally featuring Ball Guy!

Not only will the event give you the chance to really increase your Poké Ball collection before you venture out into the Johto region, but you’ll also notice an increase in “ball-like Pokémon” appearing in the wild… And that also means the Pokémon GO debut of a certain Hisuian Pokémon.

What is happening during the Poké Ball Prep Rally event?

The debut of Hisuian Electrode

Hisuian Pokémon were revealed to the world at the end of January 2022 when Pokémon Legends: Arceus was released. These Pokémon are unique to the Hisui region – or at least they were until Hisuian Voltorb was discovered in Pokémon GO.

Now, thanks to the Poké Ball event, you’ll be able to turn your Hisuian Voltorb into its evolution, Hisuian Electrode. Evolving Hisuian Electrode is simple, you’ll just need 50 Voltorb Candies for every Voltorb you evolve, but you’ll have plenty of chances to collect Candies during the Prep Rally.

Kit your avatar out in new Ball Guy avatar items

If you’ve played Pokémon Sword or Shield, you’ll no doubt recognise the iconic Ball Guy character, the mascot of the Pokémon League in Galar. You had the chance to meet the mascot in Pokémon Sword and Shield, and now you have the chance to become him. Don the classic costume in the in-game shop as soon as the Poké Ball Prep Rally begins.

As revealed in the official event announcement, Pokémon that somewhat resemble Poké Balls will be appearing more frequently in the wild during the Prep Rally. Think spherical balls of joy (though we’re incredibly sad Spheal seems to be absent…)!

And you might encounter the following Pokémon, though they’ll be rarer than those above:

*You might encounter these Pokémon in their shiny form!

Get plenty of Poké Balls

And there are plenty of opportunities to stock on Pokéballs during the event. Firstly, complete special Timed Research before the event ends to earn Pokéballs, on top of the Poké Balls you’ll be able to earn from completing standard research tasks from Pokéstops. What’s more, your buddy Pokémon will bring you Poké Balls throughout the day.

And don’t forget, with all these Pokéballs on offer, you’re going to need space in your Item Storage. Sadly, it doesn’t seem as though The Pokémon Company are offering any free bag space for the event, but you can buy additional storage space in the in-game shop for 200 Poké Coins. And if you don’t have enough… Here’s your timely warning to start tidying up and making some space!

When is the Pokémon GO Poké Ball Prep Rally?