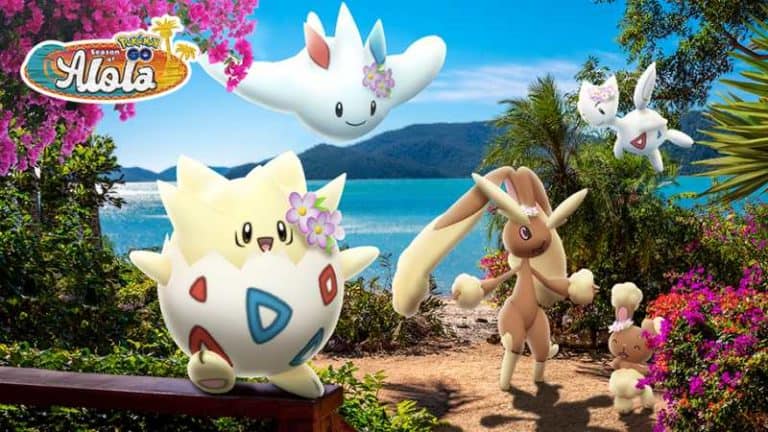 We continue the Season of Alola with another new event this week – Spring into Spring! Celebrating the cutest, most colourful and most floral of the seasons, Spring into Spring will bring back the flower crown, while introducing Tapu Bulu as the third Island Guardian to join Pokémon GO in five-star Raids.

Pokémon Go raids are battles against strong AI Pokémon that appear in gyms for a limited-time. They range in difficulty, which determines how strong your team needs to be, and how many people might be needed to overcome the Pokémon Go Raid Boss. Once you defeat the boss, you’ll encounter that same Pokémon, and the stats of Pokémon retrieved from Raid battles are always at least 2-stars.

Here, not only will we tell you which Raid Bosses are currently available in Pokémon Go, we’ll also help you choose who to take into battle against them. There may be better moves available to you than what we’re listing below, but we haven’t included Legacy Moves, i.e. exclusive moves that your Pokémon cannot currently learn. As such, every move listed below will be available to learn right now through the use of a TM. We also may not include Shadow or Mega Pokémon as counters, so that you have the best chance of having the counters and moves listed in your collection already.

This is the lowest tier of Pokémon Go Raid Boss and, as such, should be easy for one person to take down with just one or two of the right counters. These remain the same as before the Spring into Spring event went live, with the highlight being the return of Rockruff following March’s Lush Jungle event.

Tier three raids are mid-level difficulty but can still usually be defeated by one person with the right team, or you might need one or two other people to make it an easier takedown. Again, due to the Lush Jungle event, you’ll see a mix of Bug and Grass-type Pokémon that you might expect to encounter in a jungle setting.

These raids are the hardest difficulty and are always Legendary Pokémon. These will require a team of people to defeat. If you are unable to find people to raid with, take a look at our guide at the bottom of the page on how you can find Tier-Five raids to join.

Tapu Bulu is the third Alolan Island Guardian to be introduced to Pokémon GO as part of the Season of Alola, and will be followed in a few weeks by Tapu Fini. As a Fairy and Grass-type Pokemon, your best chance of success comes from taking in a team of Pokemon with Poison-type moves, but Flying, Ice, Fire, Steel and Bug are all useful as well. Check out our full guide on Tapu Bulu, it’s best counters, movesets and stats for more!

Mega Raids are similar in difficulty to Five-Star Raids but will only feature Mega Pokémon. Mega Evolution is a special form of evolution that appears in Pokémon lore and was launched in Pokémon Go in 2020.

Participating in, and winning, Mega Raids will require a team of people, and will reward you with Mega Energy, which you will need to Mega evolve your own Pokémon. You will receive Mega Energy specific to the Pokémon you have defeated. Once a Mega Pokémon has been beaten, it will return to its normal state, and you will encounter it in its normal state. You will then need to spend Mega Energy to Mega Evolve it again.

Flying in to replace Mega Charizard Y in Mega Raid Battles this week is the magnificent Mega Pidgeot. As one of the first Mega Pokémon to be released in Pokémon GO, hopefully you’ve already got a strong Pidgeot and are just looking to add to your Mega Candy supplies. Alternatively, if you’re still looking for that perfect Pidgeot to mega evolve, then you can increase your chances of encountering one, and earn Mega Candy to boot, by tackling this Normal and Flying-type in Raids. Electric and Rock-type moves are great to take into this difficult battle, and you’ll need other trainers with you, as well as a good team.

How to join remote Raids in Pokémon GO

If you don’t happen to have any friends who are cool enough to play Pokémon GO alongside you, don’t fear! There are still loads of ways of taking part in some of these more difficult Raids. Unless you’re lucky enough to live near a very popular area where loads of Pokemon GO players are filling up lobbies, the first thing to know is you’ll probably be taking part in remote raids, and for those you’ll need remote raid passes.

If you don’t pay to play Pokémon GO, an Event Box appears in the in-game shop every Monday for just 1 Pokécoin, which includes a Remote Raid Pass. This means – as long as you remember and have just a few Pokécoins available – you’re almost guaranteed at least one Remote Raid Pass a week. If you need more, you can buy Remote Raid Passes for 100 Pokécoins each or 250 for three, and they’re often available in limited-time boxes as well. Remember, you don’t have to part with any real money, just remember to plant your Pokémon in Gyms for a max of 50 Pokécoins a day!

Join or host a raid!

From there, find somewhere that’s hosting Raids! The first thing we recommend is to try and find a Facebook group local to you. With Pokémon GO still played by countless Trainers across the globe, there’s more than likely to be a Pokémon GO Facebook, Discord or similar group in your city or town. Perhaps head to the next Community Day meetup near you and ask around!

Next, some third-party apps arrange hosting for you. Our recommendation is Poke Genie or PokeRaid, two mobile apps which help you to join remote raids anywhere in the world. Poke Genie also gives advice on counters, movesets, stats and more so is a great all-rounder.

Finally, once you’re familiar with a group or app, host your own raids! If you find one near you that you really want to take on, but you’re not strong enough alone, then you can suggest the raid to your Facebook/Discord group or host it on one of the previously mentioned apps. This way, you’re almost guaranteed to win against any one of the current Raid Bosses in Pokémon GO.