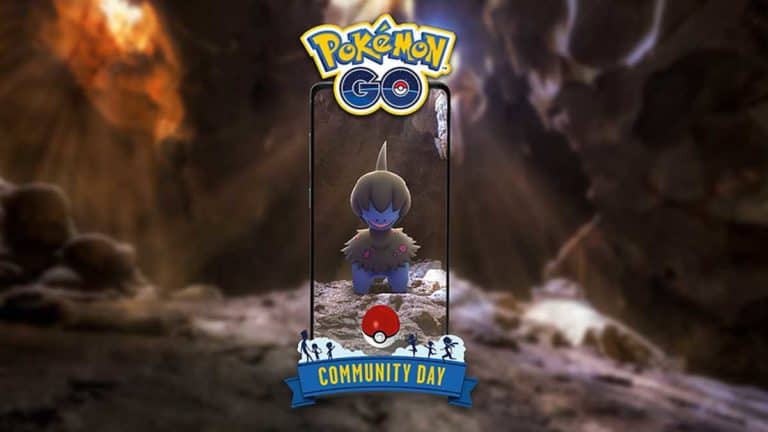 The next Pokémon GO Community Day Pokémon has been revealed as Deino, a surprisingly good choice for many Trainers. But, in even better news, there’s a new way to extend the event thanks to a brand-new Raid system.

Yet again, Niantic are bringing in some more massive changes for June’s Pokémon GO Community Day, following criticism of the length of the event being reduced back in April. During the global pandemic, the length of Community Days were increased to last pretty much all day, but were rolled back to just three hours in April 2022, leaving many players with weekend jobs and other responsibilities feeling pretty left out. While the event will remain three hours long, a new mechanic involving Raids will let you catch more Deino after the event ends.

So, the way this works is that Pokémon GO Community Day will run as normal for the first three hours of the event, between 1am and 2pm local time. Then all bonuses listed below will end, and the event will, technically, be over. However, new(ish) Four-Star Raids will then become available at Gyms around you featuring Deino’s evolution, Zweilous. Team up with other Trainers to defeat Zweilous at a Gym near you, and increased numbers of Deino will appear within a 300-meter radius of that gym for 30 minutes after Zweilous’ defeat. These Deino will have the same increased chance of being shiny as they do during Community Day hours, effectively extending Community Day… for those with spare Raid Passes.

On the plus side, though, this mechanic means Remote Raids won’t benefit you, and if you’re anything like us, you’ll have a handful of Premium Raid Passes waiting to be used up post-pandemic. Of course, you’ll also be able to get the usual Daily Raid Pass from spinning a Gym Photo Disk. Save one from the day before, too, and you’ll have at least two to work with.

During the first three hours of Deino Community Day, as ever, there will be a bunch of bonuses that Trainer can take advantage of. See the full list below. Don’t forget, as we’ve mentioned above, these will all expire at 2pm.

As ever, there will also be a new selection of Deino-themed stickers for you to collect from Gifts and Pokéstops, as well as from the in-game shop. Don’t forget to attach them to any Gifts you send to your friends! Also, if you were unable to unlock the Deino hat avatar item during the Stardust challenge back in 2021, you can buy it from the in-game shop for 150 PokéCoins ready for Deino Community Day!

Deino, also known as the Irate Pokémon, was first released in Gen V as part of the Black & White mainline games. A fan-favorite Pokémon, Deino evolves into Zweilous, which in turn evolves into Hydreigon, a considerably strong Pokémon across the franchise. As such, Deino and its evolutions are definitely good Pokémon to have in your PoGO dex, but have been somewhat rare until now, restricted mostly to events and Raid Battles.

To evolve Deino into Hydreigon in Pokémon GO, you will need a total of 125 Deino Candies; 25 for the first evolution, and 100 more for the second. However, thanks to the additional Community Day bonus below, you might be able to save 25 by catching a wild Zweilous.

In another new Community Day twist, you may also be able to catch Zweilous in the wild. As mentioned above, if you manage to catch a Zweilous that you want to evolve, this will save you 25 Candies in evolution costs.

In order to find a wild Zweilous, you’ll need to work as a team with those around you, with Niantic clearly putting an emphasis on localised community and teamwork once again. If enough Deino are caught from a single Pokéstop Lure Module, the wild Zweilous may appear nearby.

When is the June Community Day taking place in Pokémon GO?

Pokémon GO’s June Community Day will be taking place on June 25, between 11am and 2pm local time. The raid bonus will then start, lasting from 2pm to 7pm local time.

We think this is a brilliant compromise between extending the event and keeping it short. However, an increased number of free Raid Passes was expected to be announced as one of the Community Day bonuses, but hasn’t. This means Niantic are likely to receive more criticism based around the fact that these extended Deino spawn rates are, effectively, locked behind a paywall. How it goes remains to be seen, and we’ll have to wait until June 25 to find out if this is going to be a successful and well-received change to Pokémon GO Community Day.