Everything you need to know about Mega Evolution in Pokémon GO 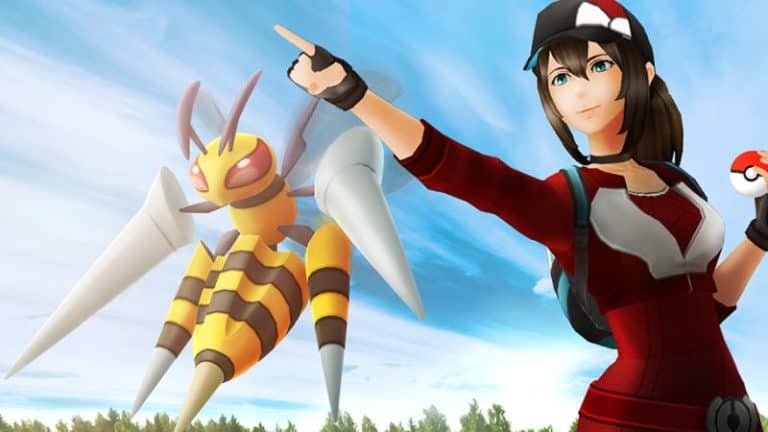 Mega Evolution is a relatively new feature in Pokémon GO, having been added in August 2020. Meanwhile, Mega Evolution itself has been Pokémon mechanic in the mainline games since Pokémon X & Y.

Like most Pokémon GO features, the Mega Evolution system works differently to the mainline games, and can be a little complicated to get to grips with. For a start, it introduces yet another resource to keep track of and gather, alongside Stardust, species Candy, XL Candies and more. Not to mention that fact that it has, so far, undergone three updates since inception. So, what are the benefits to Mega Evolution in Pokémon GO? And how does it work? We’ll answer those questions and more in this complete guide to Pokémon GO Mega Evolution.

What is Mega Evolution?

Mega Evolution is a way to further evolve some species of Pokémon for a short period of time into a stronger, “Mega” version of themselves. Sometimes, the Pokémon may even experience a type change with Mega Evolution. In the main series games and anime, Trainers require a Mega Ring and a species-specific Mega Stone in order to Mega Evolve their Pokémon (A Mega Ring was not required in Pokémon Let’s Go).

In Pokémon GO, Niantic has made the requirements for Mega Evolution slightly easier, and players instead only need to gather Mega Energy. Mega Energy is species-specific, though, just like Mega Stones, so you will need to recover enough of the correct Mega Energy type to evolve each Pokémon. We’ll tell you how to earn Mega Energy a little further on in the guide.

Which Pokémon can Mega Evolve in Pokémon GO?

Charizard is slightly different from the rest of the Pokémon above in that it can evolve into two different forms of Mega Pokémon. When you hit the Mega Evolve button on your favorite Charizard, you’ll be given the option to select either Mega Charizard Y or Mega Charizard X.

How to Mega evolve your Pokémon

Mega Energy costs and how to collect it

Mega Energy can be earned in a couple of different ways, but the easiest and fastest way to gather it is by taking part in Mega Raids. Otherwise, Mega Energy can sometimes be rewarded for completing Field Research Tasks, or in some Special Research Stories.

The fastest way of earning Mega Energy is through winning Mega Raids. There is usually only one type of Mega Raid live at any one time, though, so check the list of current Pokémon GO Raid Bosses to see which Mega-evolved Pokémon you can battle.

Upon defeating a Mega Pokémon in a Raid, you will earn a variable amount of Mega Energy depending on the speed with which your team wins the Raid. The faster the defeat, the more Mega Energy you earn. Also, the Mega Energy that you earn will match the Pokémon you are battling, so if you defeat a Mega Pidgeot, you will receive Pidgeot Mega Energy.

You will, as with any Raid Battle, earn an encounter with the defeated Pokémon as well. However, you’ll notice at the end of the battle that the Mega Pokémon will return to its normal form, and that is the Pokémon you will encounter. However, it is more likely that a Pokémon encountered from a Raid Battle will be fairly strong, so it might be that you choose to Mega Evolve the caught Pokémon in the future.

What is the point of Mega Evolution in Pokémon Go?

Mega Pokémon are stronger than their non-Mega counterparts, so provide certain bonuses in Pokémon GO. You can take them into Gym Battles, Battles against your Pokémon GO friends, and to take on Team GO Rocket. You cannot, however, Battle with Mega Pokémon in the GO Battle League, or leave them defending Gyms.

While this boost used to be quantifiable, thanks to new Mega Levels, the boost you receive will depend on the Mega Level of your Pokémon. Keep reading to find out more about Mega Levels.

Additionally, if you have a Mega-evolved Pokémon in your Pokémon storage, you will earn bonus Catch Candy for any Pokémon that you catch that match the type of your Mega Pokémon. For example, for the duration a Charizard is in its Mega Evolved form, you will receive bonus Candy for any Fire and Flying-type Pokémon you catch.

There are also benefits for your Mega Evolved Pokémon when you Mega Evolve, as they can now level up with new Mega Levels. The more time a Pokémon is Mega Evolved, the more it levels up, similar to the way Buddy Pokémon advance. The higher the Mega Level, the more bonuses you will receive, and the greater boost you and your friends will receive in Battle.

Can you permanently Mega Evolve in Pokémon Go?

That’s everything you need to know about Mega Evolution for now, hopefully that makes things a bit clearer and you’re ready to go out and earn plenty of Mega Energy. It’s also worth noting that Mega Energy doesn’t take up any space in your bag, so get walking, battling and researching!