Home » Gaming » Pokémon » Is Pokemon GO Plus worth it?

Is Pokemon GO Plus worth it?

Is the little Pokemon GO Plus band worth it? 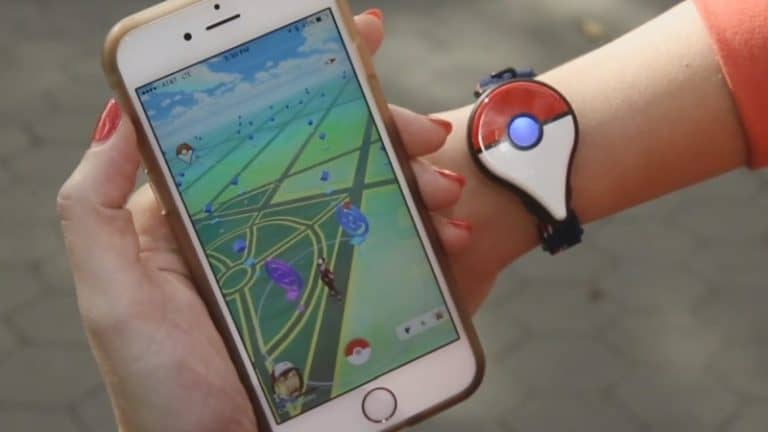 Pokemon GO Plus is a little device that connects to your iPhone or Android and adds a new level of interactivity when playing the game. It allows players to catch Pokemon and collect items with a single click of a button, without the need to check your phone. Meaning you can collect Poke Balls, Eggs and other items at PokeStops just by clicking the button on the Pokemon GO Plus wristband.

It’s worth noting that the Pokemon GO Plus is still available for purchase but it seems as though Nintendo is slowly phasing it out. And as such, those who do have the wristband are able to charge more. So the question now is, is it worth making that extra for Pokemon GO Plus?

The light on your Pokémon GO Plus will pulsate white for a while as it attempts to catch the Pokémon.

If you succeed in catching it, a message saying “You caught a Pokémon!” will be displayed on your phone, your Pokémon GO Plus will vibrate, and the light will shine seven different colors.

If it gets away, a message saying “The Pokémon fled!” will be displayed on your phone, your Pokémon GO Plus will vibrate, and the light will flash red.

Similarly to Pokemon, when you’re near a Pokestop, your wristband will vibrate and the light will flash blue. At which point you can press the button and get the items from the stop. The items you’ve picked up will display on your phone’s screen. You can then check your items later when you use your phone.

The Pokemon GO Plus might have been useful when it was at it’s normal price, but now that it’s shot up in price… You’re probably better off just playing the game on your phone without the extra accessory.