Welcome to the Season of Alola in Pokémon GO 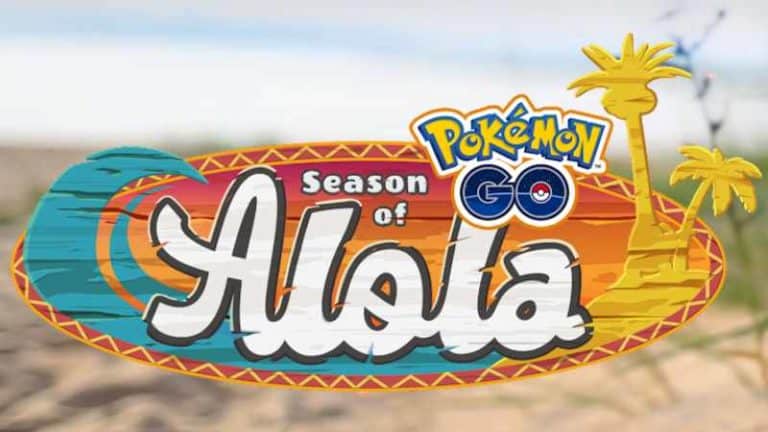 Welcome to the Alola region as Pokémon GO launches the Season of Alola and the debut of Gen 7’s Alolan Pokémon.

Another new season of Pokémon GO has begun, and this Summer (sorry, Southern Hemisphere), it’s all about the sun-drenched islands of the Alola region. If you’re familiar with the region, you’ll know it is made up of four gorgeous islands; Melemele Island, Akala Island, Ula’ula Island and Poni Island. If you’re not, then we’d highly recommend the Sun & Moon Pokémon series, some of the most joyful and wholesome Pokémon anime to date. Either way, let’s get into what we can expect from Pokémon GO’s Season of Alola.

What is the Season of Alola?

The latest of Pokémon GO’s three-month seasonal events, the Season of Alola celebrates the region from the Sun & Moon games and anime. The previous seasons have been split into three sections, with a seasonal storyline developing throughout. This time, however, it looks as though the Season of Alola story could be made up of four parts, each themed around one of the four Alolan islands.

Melemele Island is the first Alolan region we are researching, and Trainers will be invited to undertake the Melemele Adventure research tasks to kickstart the season’s story. Without wanting to spoil too much about Alola if you’re unfamiliar, each of the four islands has its own Legendary Pokémon or Island Guardian. For Melemele, this is Tapu Koko, and Tapu Koko is the first Tier 5 raid boss appearing in the Season of Alola.

Alongside the first of the Island Guardians, there are other Gen 7 Pokémon making their Pokémon GO debut, as well as some returning Alolan Pokémon you may already know.

As part of the Melemele Adventure Special Research, you have the chance to encounter Yungoos and Pikipek, both brand-new Pokémon to your PoGO dex. Both of these Gen 7 Pokémon will also be appearing in the wild. What’s more, if you’re really lucky, you may already encounter a shiny Yungoos!

Alongside Tapu Koko, the adorable puppy Pokémon Rockruff will be appearing in raids as a Tier 1 boss. As a first-tier Raid boss, Rockruff can be beaten solo, and it’s a worthwhile encounter as you can evolve the little cutie into both Midday and Midnight Lycanroc forms.

New Pokémon appearing in the wild

As mentioned above, both Yungoos and Pikipek will be appearing in the wild. These Pokémon will then be able to be evolved into Gumshoos and Trumbeak and Toucannon respectively. However, the wild Alolan encounters don’t stop there. You may be lucky enough to spot any one of the three Gen 7 starters in the wild; Grass-type Rowlet, Fire-type Litten and Water-type Popplio.

The Scaly Pokémon Jangmo-o will also be appearing in the wild, and can be evolved into Hakamo-o and the powerful Kommo-o. Finally, Comfey is also being released into the wild in Pokémon Go, but will only be appearing to Trainers in Hawaii – the region that inspired Alola – for the time being.

To celebrate the debut of so many Alolan Pokémon, there is yet another Collection Challenge for Trainers to complete. Encounter Rowlet, Litten, Popplio, Pikipek and Yungoos, and evolve a Yungoos to Gumshoos before March 8 at 8pm local time to complete the collection and earn a new badge.

When is the Pokémon GO Season of Alola?

The Season of Alola starts on March 1, 2022, and will run for three months, until June 1, 2022, when the next season will take over. Until then, we can expect three months of exciting research tasks, adventures, and new Pokémon debuts!