Get ready to GO in the new Season of Pokémon GO 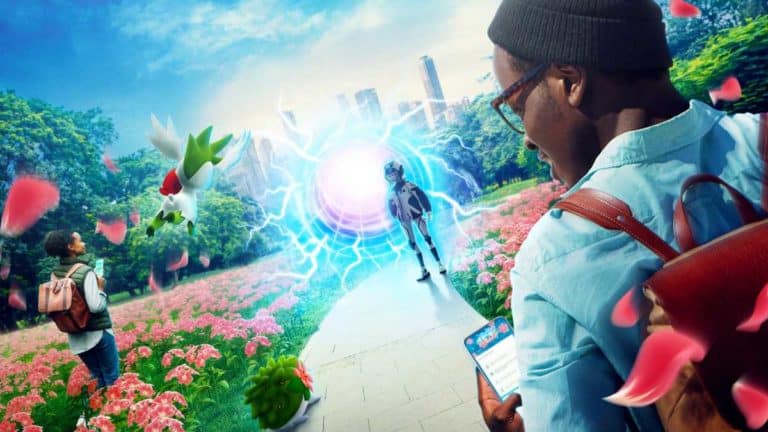 Fair warning, this article is going to contain the word “go” so many times it won’t read the same when you’re done. The reason? The new Pokémon GO Season is creatively titled the Season of GO!

The Season of GO coincides with a Summer of in-person GO Fest events, and is all about getting out and about and adventuring, even if you’re in the Southern Hemisphere. Featuring a changing roster of Pokémon depending on where you are in the world and which natural habitat you’re in, Trainers will be encouraged to go exploring their surroundings, and walking to hatch a variety of Pokémon from eggs! In this guide, we’re going to take a look at some of the general bonuses to come during the Season of GO, with separate guides on their way for the season’s individual events – starting with Pokémon GO Fest 2022 and Adventure Week!

Get out and GO during the Pokémon Season of GO

The Season of GO is encouraging Trainers to get out and about again, following a controversial decision to once again make Remote Raids harder to participate in. While Niantic has helped Trainers continue to catch ‘em all throughout the pandemic, they are clearly on a mission to return things to normal, using the Season of GO as a lever. As such, you’ll find different Pokémon appearing in different habitats, encouraging you to travel around to encounter them all. There are also a few region-specific Pokémon appearing in the Southern and Northern hemispheres, so good luck covering all bases there unless you’ve a distant holiday planned this season.

To make the new Season unique, though, we can likely expect to see some research based around the Mythical Pokémon Shaymin and the Pokémon GO debut of Ultra Beasts. We know Ultra Beasts are on the way from a cryptic trailer released in May 2022, and an Ultra Wormhole can be seen in the season’s promo image. Both Land and Sky Forme Shaymin also make an appearance in the promo image, suggesting that everyone will get the chance to encounter the Gratitude Pokémon once GO Fest has come to an end.

Pokémon GO Fest returns with a global event across June 4 and 5, 2022, followed by localised, in-person events in Berlin (July 1-3), Seattle (July 22-24), and Sapporo (August 5-7), and accumulating in a global GO Fest Finale on August 27, 2022. This year’s GO Fest is a jam-packed extravaganza, featuring exciting rewards and bonuses for all Trainers, whether you have a ticket or not. Find out everything you need to know about Pokémon GO Fest 2022 in our separate guide.

Different Pokémon appearing in the wild

This Season, the rotation of Pokémon will be more complex than ever, so we won’t list them all here. Instead, you can check out the full list of localised Pokémon appearing in the wild, as well as each Pokémon hatching from different eggs, over on the official Pokémon GO Season site. Here’s just a sneak peek at some of the best and rarest Pokémon you’ll be able to encounter through the Season of GO.

The Season of Alola Interlude season has come to an end, and GO League players can get stuck in with Season 11. A new, non-interlude Battle season means your rank will be reset and you will now be able to level up all the way to Legend Rank to encounter Pikachu Libre.

Between now and September 1, a range of Cups will be made available to Trainers, including the Retro Cup, the Fossil Cup and even a surprise Cup coming on July 27, 2022. There have been some changes to some well-known Cups, though, so check out pokemongolive.com to see which previously popular Pokémon have been removed from the line-up. Just as an example, regulars like Bastiodon and Talonflame have been removed from the Great League for Great League Remix, while Cottonee and Bronzor will not be eligible for the Little Cup Remix.

At the time of writing, the Season of GO Community Day for June, July and August have yet to be announced. We can only speculate which Pokémon will be featured at this point, but we assume they will all be heavily linked to the Season of GO and the theme of adventuring. With Adventure Week taking place long before June’s Community Day, we’ll have already seen plenty of Rock-type Pokémon, fossils and dinosaurs, so perhaps a Pokémon like Corphish (making its shiny debut during Pokémon GO Fest), or rare wild encounter Hippopotas might make it into the spotlight. We’ll of course update you as soon as we know who’s making their Community Day debut.

As always, there will be a series of general in-game bonuses that Trainers can make the most of for the next three months. For the Season of GO, they are:

Hopefully you’re as excited as we are about getting stuck into a new Pokémon GO Season, especially one that’s going to bring around the debut of Ultra Beasts in Pokémon GO. We’ll be keeping you updated on all the in-season events between now and August, so be sure to keep an eye on our Pokémon hub!