Is shiny Bunnelby in Pokémon GO?

What are the chances of digging up a shiny Bunnelby in Pokémon GO? 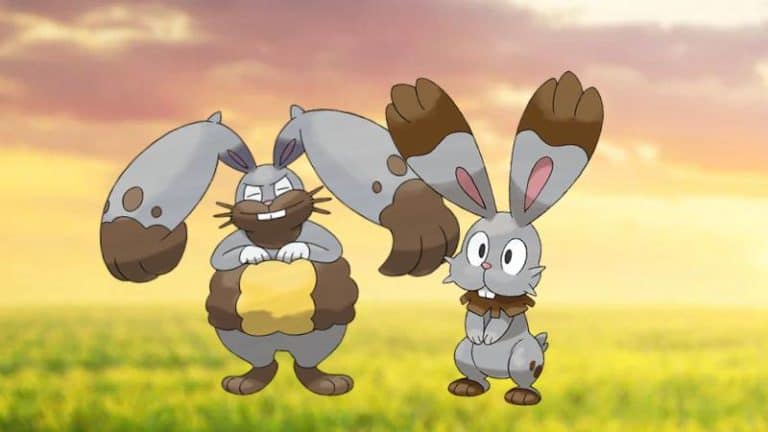 A shiny Pokémon in the Pokémon games is a rare color-variant of each species of Pokémon. As the odds of finding this alternatively-colored variant are incredibly low, for many people, shiny hunting is one of the main motivations behind playing Pokémon titles – particularly Pokémon GO.

Bunnelby is a Gen 6 Pokémon, introduced in the X and Y games. Both its shiny variant and the shiny variant of its evolution, Diggersby, are a subtle color-change, remaining fairly neutral, but with a more grey tint as opposed to its usual brown color.

Is shiny Bunnelby in Pokémon Go?

In Pokémon GO, a shiny variant isn’t often introduced to the game at the same time as it’s normal form. As such, we’ve done some investigating into certain species of Pokémon to find out if they can be discovered in their rarer, shiny variant in Pokémon GO.

Normal Bunnelby – a Pokémon from the sixth generation – was released to the game during the Kalos celebration event in December, 2020. However, it’s shiny variant was not released at the same time.

When did Bunnelby become shiny?

Shiny Bunnelby was released in Pokémon GO during the Spring into Spring event 2021. As with most shinies, it remained in the game from that point, but was less common, will Bunnelby appearing in the wild less frequently.

How rare is shiny Bunnelby in Pokémon Go?

Bunnelby, the Digging Pokémon, is coded with the standard shiny rate for most Pokémon species in Pokémon GO, which is 0.2% or 1 in 500. While this rarity doesn’t change when Bunnelby is featured in events, the best time to try and catch shiny Bunnelby is during events in which it appears more frequently, such as Spring into Spring. This, as with all Pokémon GO sprites, is simply because the more you encounter, the more chance you have of encountering a shiny!

Of course this standard rarity doesn’t take into consideration how frequently Bunnelby appears in the wild outside of events. That is to say, it doesn’t very much, and is definitely one of the rarer Pokémon in the game. As such, count yourself lucky if you find a non-event shiny Bunnelby, as it’s a pretty unique find!

Having said that, Bunnelby is set to appear in a Spotlight hour on April 12, 2022. During the hours of 6pm and 7pm local time on April 12, Bunnelby will be appearing very frequently, with similar rates to a Community Day. This will give Trainers a greater chance of catching a shiny Bunnelby, so happy hunting!

Can Diggersby be shiny in Pokémon GO?

Since Bunnelby can be shiny in Pokémon GO, the evolution of Bunnelby, Diggersby, can also be shiny. While it is even more rare that you would find a shiny Diggersby out in the wild, you would need to catch a shiny Bunnelby and evolve it into its evolutionary form.

How to evolve Bunnelby into Diggersby

It’s pretty simple to evolve shiny (or non-shiny) Bunnelby into Diggersby in Pokémon GO. All you need is 50 Bunnelby Candies. Of course, as Bunnelby is relatively rare outside of events, you might struggle to earn these organically, so you can always use Rare Candies if needed. And always use a Pinap Berry when you encounter a Bunnelby!