Saints Row is nearly here, and we got an exclusive look at it. 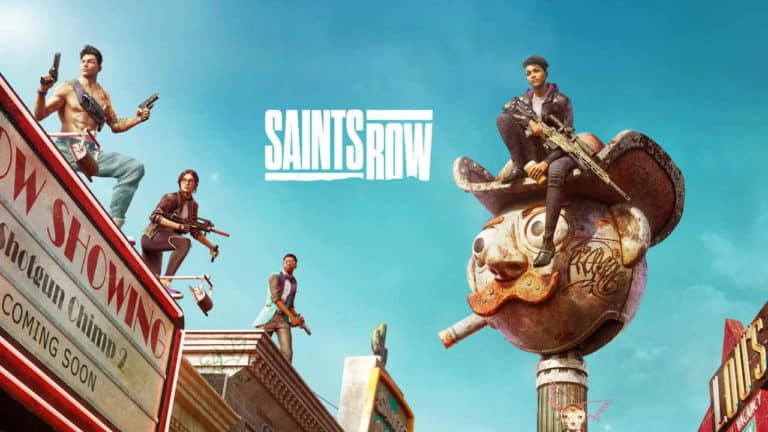 Saints Row is one of the biggest modern gaming franchises.

Since Saints Row 2 learned to have a bit of fun, and Saints Row 4 never stopped, it’s become close to the hearts of many gamers.

However, when the 2022 reboot was announced, some fans were vocally upset about the perceived shift in tone.

Recently we got the chance to get hands-on with the game and can maybe lay some of those fears to rest.

Saints Row is Shaping Up Nicely

At a press-only event in London, Volition gave us a world-first hands-on demo of Saints Row. We got to play through the first few hours of the storyline, including a look at the new map and mechanics.

First up, let me put some fears to rest. Yes, this feels like a Saints Row game.

From the moment you boot up the game to the moment you close it down, it feels like it belongs in this series. That’s not to say that it’s the same as the other games, but there are similarities.

You still have access to the amazing character creator with a plethora of options, you still run around murdering people while cracking jokes. By every measure that counts, this is Saints Row.

Be Your Own Boss

Speaking of the character creator or Boss Factory, if you like, it’s a sure indicator of whether things are going well or not.

Ever since Saints Row 2 decided to put gender on a slider rather than on a binary switch, the series has always had an interesting relationship with character creation.

There’s near total freedom here, something that felt a little lacking in Saints Row 3 and 4 compared with the second game. Even better, there’s no gender selector, forcing you just to create the boss however you want without worrying about what they call themselves.

There’s also a plethora of options in terms of voices and design options. Sadly, some of the voices from previous games haven’t made a comeback, but that’s the biggest complaint about the character creator.

As it has been for every game in the series, the real core of Saints Row is the sandbox itself. It ties all of the gameplay together, as well as gives you a big fun playground to explore.

While the sandbox in Saints Row isn’t necessarily the biggest in the world, it is certainly more vibrant and alive than any of the previous games. Rather than a generic city backdrop in which to cause chaos, the game plonks into a living-and-breathing mixture of deserts, cities, and new-Mexican-style suburban town areas.

It’s a much more interesting prospect, exploring a map that feels real. It’s a good thing, too, since we’ve gone from jumping around the map with superpowers to the much-more-mundane driving and running.

Thankfully, the vibrant setting makes up for missing the freedom of movement. Not that it’s the only change that brings something interesting to the game.

That’s not to say they’re the best driving mechanics generally, but it feels like the driving system has been designed to make navigating the sandbox as smooth and enjoyable as possible.

It all comes down to cornering. As you can probably expect, with lots of different area types, there are lots of different degrees of turning. Harsh 90-degree city streets and the long turns of open desert tracks can both be handled easily.

Obviously, there’s drifting, but it’s the smoothest form of drifting ever devised. You start drifting by holding the brake button and stop drifting the second you let the button go, with no over skidding or under skidding seemingly possible.

There’s also a 90-degree snap turn you can do, which is obviously totally unrelastic, but very fitting for a Saints Row Sandbox.

The Tone of Saints Row

One of the most important elements I’ve failed to mention thus far is the game’s tone. Some fans were not happy with the reboot initially because it seemed like the developers would be dialing back the “zany” elements a fair bit.

It’s impossible to deny that it’s true. Saints Row cannot match the last few entries in the series for wacky antics, but it’s honestly not a shock.

Saints Row 4 sort of jumped the shark by having (spoilers?) the world blows up, and the entire thing is set in a super-hero simulation. It would have been impossible to escalate the craziness any further without it starting to get stale.

This new setting and tone make the game feel fresh while still feeling like it’s Saints Row. The new characters are all casual violence-loving sociopaths full of quirks but with enough of a twist to avoid feeling like the game is repeating itself.

These characters bring enough wackiness to the game while still allowing it to remain a bit more grounded. It can tell a different story while still bringing a lot of carefree chaos and criminality to the table.

I won’t delve deeply into the story so as to not ruin the surprise. However, from the brief opening snippet that we got access to, it has a decent chunk of potential.

This time the characters are all young adults, mostly working for other criminal gangs. Rather than joining an already established 3rd Street Saints, the story is of a new origin for the gang.

That’s the reason behind the whole #beyourownboss that you might have seen during marketing. You and your breakfast bunch of a houseshare are fed up of being treated badly by other gangs so you strike out on your own.

That’s about all we got to see of the storyline, but at the very least, it’s got a decent setup and a very interesting setting to bake it up.

Devil is in the Details

One final major factor worth discussing is the side activities since they’re a pretty sizable chunk of the overall gameplay. There’s a variety of different activities to enjoy in the new game.

The classical jobs are now called side-hustles. There are Discoveries which are like random encounters or things to find, and of course, collectibles.

The variety of what’s on offer is a nice touch. While Saints Row 4 was a great game, the fact that it was 80% the same handful of activities did let it down a bit. That’s not an issue this time around, thankfully.

You’ve got a variety of combat missions, driving missions, collectibles to find, and even these fun little hidden histories to flesh out the background of the world a fair bit.

Saints Row has a Lot of Promise

So far, it seems like Saints Row is well on its way to being a huge success. The tone is mostly carefree and silly but a great deal more grounded than the series ended up being. The new driving and combat mechanics help to make this feel like the most expertly crafted sandbox experience Volition has ever done.

While there’s still a chance that the storyline or characters may end up being grating before the end but, at least for now, they’re a fitting addition. Along with the upgraded character creator, it’s easier than ever to make the game your own.

Personally, this preview has reinforced my excitement for the game, and I know that I’ll be getting it on release day without a doubt. 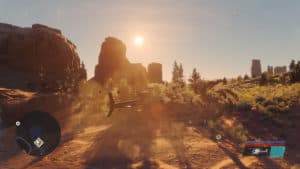 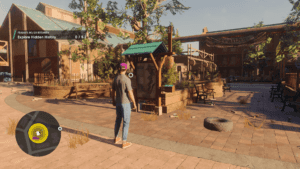 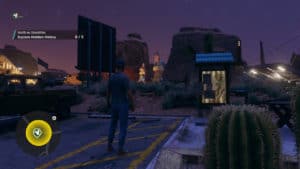 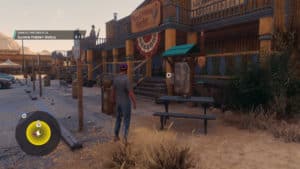