Wondering what the best Sniper Elite 5 weapons are? We got you covered. 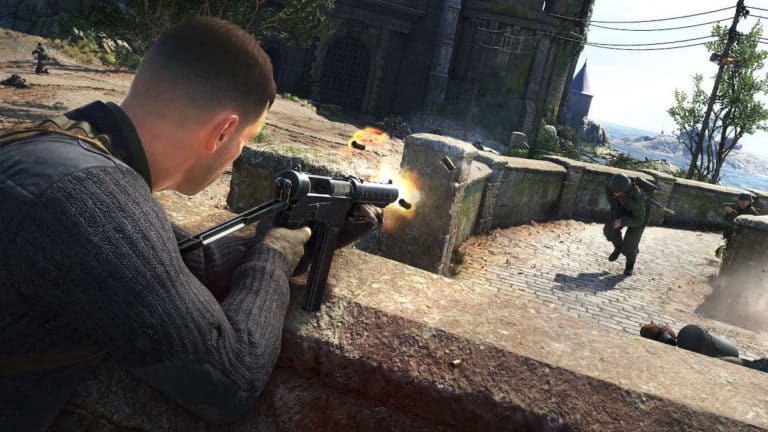 Sniper Elite 5 has plenty of weapons for the rifle, SMG and pistol slots. Add in the countless workbench customization and kill challenge unlocks, and you can make some interesting guns. But, there are always going to be some weapons and builds better than others.  Here we give you some of the best Sniper Elite 5 weapons and loadouts for the game, whether that is in campaign, survival or PvP.

There is no dedicated best weapon in Sniper lite 5, rather, there are a lot of guns that excel in certain departments. While some weapons excel in certain areas, there are typically drawbacks to the weapon. Below you will find a list of weapons, along with the reason why they are good, along with the bad. We will also recommend certain weapon attachments you can get to make them even better.

Please note that some of the attachments and weapons are unlocked from Workbenches and kill challenges. We recommend following our guides on both features to ensure you have all the tools for the job. In multiplayer, some unlock at different stages, which is mainly through levels or through win conditions. The mode should tell you how to unlock the appropriate attachment or weapon.

The Kar98 is the go-to sniper if you want pure power. This is by far the best Sniper Elite 5 weapon for pure snipers. The Kar 98 is going to be great for those players who like picking enemies off at great ranges in PvP, or for campaign missions where you can really get long distances with plenty of map coverage from certain spots.

There’s no point modifying this weapon outside of adding more power, as this weapon does not perform under those circumstances. You may as well double down on its damage, range and assassination potential. Feel free to throw a silencer on it if you want to make it a bit quieter.

The only downside to the weapon is that it is really loud, even with a Bramit silencer on it, and its rate of fire is low. If you find yourself in close quarters combat, you better equip a stronger SMG that can pick up

The M1A Carbine is the best sniper rifle for stealth operations. In fact, Rebellion even says so in the weapon description. The reason why is for two reasons. Its rate of fire and audible range. The weapon is ideal for those who find themselves getting up close. Considering a lot of missions have you playing saboteur, rather than field sniper, getting close range to your targets to snipe is quite often the case. So, it makes the MA1 Carbine that much better for the campaign and survival mode.

The reason why this is one of the best Sniper Elite 5 weapons is that you can make it an audible range of 47M. You also have one of the faster rates of fire for any sniper, beating the Gewehr in fact. Below are the recommended attachments to make the weapon it can be. We have left some slots blank so you can customize them for your own strengths of weaknesses as a player.

Just note the weakness of this weapon is that it has great weapon range fall off. You need to use this sniper exclusively for marksman ranges rather than long-distance sniping It also isn’t that high on the damage table. Expect to land several bullets into the more armoured enemy troops, and even the regular troops of you whiff and land limb shots. However, its rate of fire will mean these troops still drop rather quickly, making it an effective weapon on the field.

The Srem is a fantastic weapon, great for all-around gameplay. The weapon has a decent rate of fire for a bolt chamber sniper, along with solid power, range and more. If you want the benefits of being able to go in close range, or pick targets from afar. This weapon is a good fir.

For those who are still getting used to the campaign or playing on new maps in multiplayer, this is also a great beginner-friendly weapon too. It’s also hard to recommend specific attachments for this weapon, as they’ll help to push it into a different style of gameplay really well. So, you can use this as a long-distance sniper with more damage and range mods, or make it more friendly for scouting and marksman with better control, magazine, reload speeds and stability if you want. There’s a reason they call it the all-arounder.

Also, this weapon is also the starting sniper in multiplayer, this is perfectly good at taking enemy players out at the range and very rarely incaps. Overall, it is a great starting choice for multiplayer.

The build we personally run with is

However, do note the power build is not as reliable in the Coop game modes. The Srem is known for wounding enemies on the run, so make sure you land those key face shots to avoid helmet protection and avoid hitting limbs. Otherwise, you may find you’re more than likely to in cap enemies rather than kill them

The Type 100 is largely the best SMG in most scenarios. The weapon has an incredible rate of fire but has one of the weaker damage in the game. However, the weapon is easily customized to add a little extra firepower. You ideal want to use these on missions where there are plenty of weaker enemies. It makes it an ideal SMG for taking onto earlier missions, or playing in earlier survival missions.

Another reason why it’s the best SMG in the game is down to its control and mobility. The base stats on this good make it as good as the weaker SMGs, but slightly weaker than the Thompson. We recommend taking the firepower mods and making it the best it can be.

The M1A1 Gov Thompson – the next best

The Thompson is one of the better SMGs you can get your hands on. Most SMGs offer little to no damage but are better to control and manoeuvre with. However, they are some proper bullet sponging weapons. If things get hectic, you want to Thompson, especially with its 4 rounds to the body kill, rather than seven to eight you pump in with other SMGs. This is ideal for both survival and the campaign if you find you need those extra rounds.

The weakness of the weapon is that it has low mobility and can be hard to control. We recommend attaching mods with bullet spread control, while taking that increased magazine sizes so you can cover your basis.

The best pistols are not something you should be fretting too much about, The purpose of the pistol is extremely quiet silencer rounds to get those point-blank executions off. Or for those downed but not out scenarios.

For pure silenced hitman style, the Welrod is a good shout. The weapon is naturally silenced but has one in the chamber. It’s ideal for the pure ghost players out there. For those taking on Jagers in the final levels or in the survival mode, perhaps the revolver is more your thing? It has one of the highest damage per round fired, so you can easily clap any close range or oncoming enemies. It makes it ideal for those who are already loud. 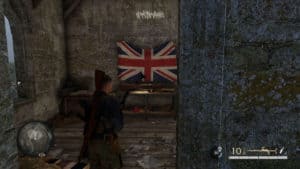 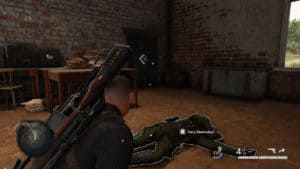 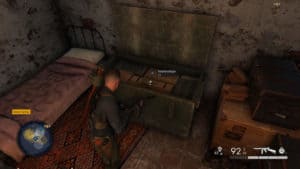