Heavily influenced by League of Legends, Pokémon Unite is the first in the long-running series to call itself a multiplayer online battle arena (MOBA). In the free-to-play game developed by TiMi Studio (Call of Duty Mobile), two teams face off across the map, with the aim to secure and score points via a series of goal zones until victory is assured. If you aim to consistently be on the winning team, our Pokémon Unite tier list can help you find the character that best suits your playstyle.

Currently there are more than 20 Pokémon to unlock, with more set to join the roster through regular updates. They are unlocked by acquiring their Pokémon License, either with Aeos Coins or Aeos Gems. Coins are earned through gameplay progression, while the Gems are bought with real-world currency. Common to many MOBAs, characters become available to try for a limited time without needing a Pokémon License.

As you can see above, there are a few gaps to fill before we can think about a definitive Pokemon Unite tier list. Thankfully, with so many Pokemon to choose from more than a hundred games, there’s no shortage of candidates to fill them in the weeks, months, and years ahead.

Regarding the first batch of Pokémon in our Unite tier list, we can already rank the best of them. We’ve done so looking at each based on their attributes and abilities in relation to their assigned roles, rather than how they might fit within a specific team line-up or based on positional play. With that in mind, if you’ve been eager to get your hands on the best Pokémon Unite tier list, you’ve clicked on the right one. 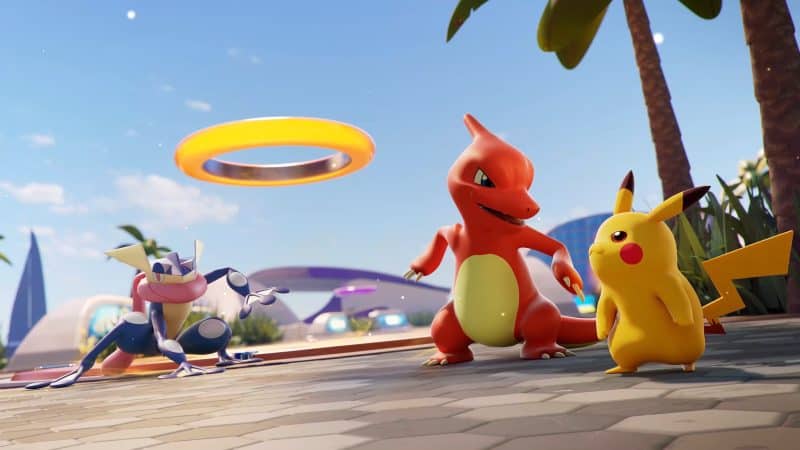 Giant blue turtle Blastoise is a tanky special attacker with a gameplay focus on controlling the positioning of both himself and his opponent. Playing Blastoise is a bit like if Snorlax had more high-DPS attacks and lane control ability. Sometimes Blastoise can feel a bit clunky or slow to get going, but once his attacks are going, they really go. With Rapid Spin and Water Spout, Blastoise is pretty unstoppable.

Cramorant has the speed and Endurance of an All-Rounder, with the offensive abilities and moves of an Attacker. Not as team-focused as Pikachu, but a good alternative to try out. With it’s AoE Whirlpool attacks and the Gulp Missile ability to spit fish at his foes, this bird and fish combo creature is not a foe to be taken lightly.

A master of controlling the lane, often using Rock Tomb to trap opponents behind a wall of stone ready for the rest of it’s team to deliver some poké-punishment. With the creature’s potential for interrupts and devastating AoE attacks like Rubble Rouser, this enemy crab is one to be feared.

Though she takes a bit of practice to get the hang of, Gardevoir is one of the best monsters to pick in the entire game. Her Synchronize ability reflects any effects that slow or do damage over time back at her opponents, making them think twice about using them on her at all, while the Confusion attack allows for an effective player to really hurt their opponents from a place of relative safety. At Level 8 she gets Moonblast, an AoE stun that will help the ladylike Pokémon initiate fights for her team, or escape from fighting larger groups on her own.

The iconic lightning-tailed yellow mouse-thing is a popular choice right now, probably more out of familiarity. However, Pikachu is also a highly effective team member. The little guy is another one with poor Endurance, but their Offence is one of the best in the game, with high speed long range attacks like Volt Tackle and Electro Ball. A reliable ally to have at your side, though you can expect him to often attack from the side-lines, which is okay because his attack range is incredible too.

As you might imagine, Snorlax is the tankiest of all the Defenders, with the highest HP among all the launch Pokemon and just an absolute monster at holding a position. As well as the HP to survive, Snorlax has the moves to keep opponents at bay. Snorlax can be built to have three stun moves (with Yawn, Heavy Slam and Power Nap) and at that point you’re basically just not letting the opponent play. A handy monster to have on your team! 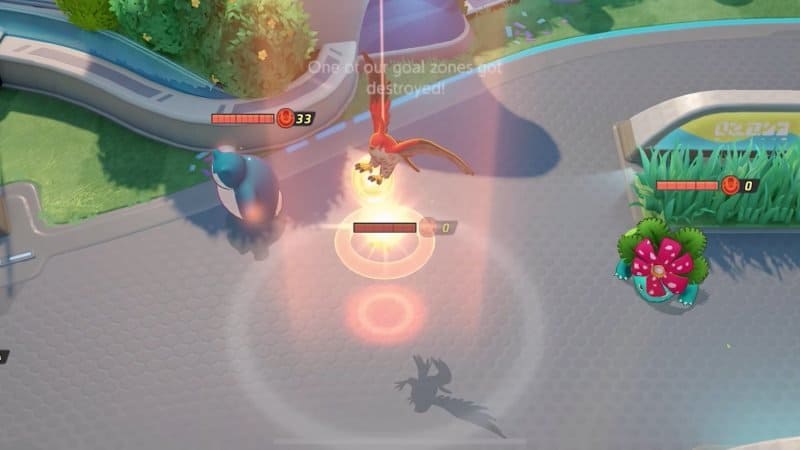 It’s a tricky call between Absol and Zeraora. Both have almost identical attributes (fast with good attacking options), but what swings it for Absol is the slightly improved Endurance. It means they can stay in the fight for that little bit longer. Plus they have better critical attack stats and attack moves that can ignore a target’s defensive attributes. Very useful.

This Pokemon boasts excellent Offensive moves that work as a great team support option, almost making it an S-Tier pick. Freezing the enemy with  so teammates can pick them off has obvious benefits, but Alolan Ninetales is slow and needs serious protection. If your team isn’t working, Ninetales won’t be the one to turn things around.

Slightly more mobile than Pikachu, Cinderace pays for it with a slightly underwhelming series of attack moves in comparison. They are effective and do decent burn damage, but there’s a noticeable lack of versatility in them. If you want to do the basics well, Cinderace is a good choice. If however you need a few more tricks up your sleeve, you won’t find them with Cinderace.

The problem with all-rounders in a genre where specialists often reign supreme is that they’re all-rounders. In such cases, the more rounded they are the better, as it gives them a bit of unpredictability. Thankfully Garchomp balances attacking abilities with defensive attributes really rather well. A great character to learn the nuances of the game with.

With that said, don’t be confused by Machamp’s status as an “All-Rounder”, though. He’s one of the powerhouses of the starting roster — and if you go against the game’s default advice and instead take the Close Combat and Submission abilities this four-armed fighter be racking up and knocking out enemies with ease.

For lone wolf-type players who want to get around the map and score quickly, Talonflame is the quickest Pokemon in the roster, especially if you can keep them at full health (which grants a movement bonus). They are weak in attack and even more so in defence, so keep moving, using Flame Sweep and other moves to keep the other team at bay.

Wigglytuff is rated the highest of all the launch roster in terms of Support, and with their AoE Sing ability they can turn the tide of a fight within minutes. Combine that with the damage from Double Slap and sometimes we find ourselves asking if this monster is secretly carrying the team.

Though not quite as fast around the map as Talonflame, Zeraora has good offensive qualities that make them a solid option for leading an assault. Endurance is comparatively poor, so they won’t last long in an uneven fight without jumping in and out, but with Discharge putting out damage in all directions, hopefully he’s enough to make a mark before the pile-on ensues. 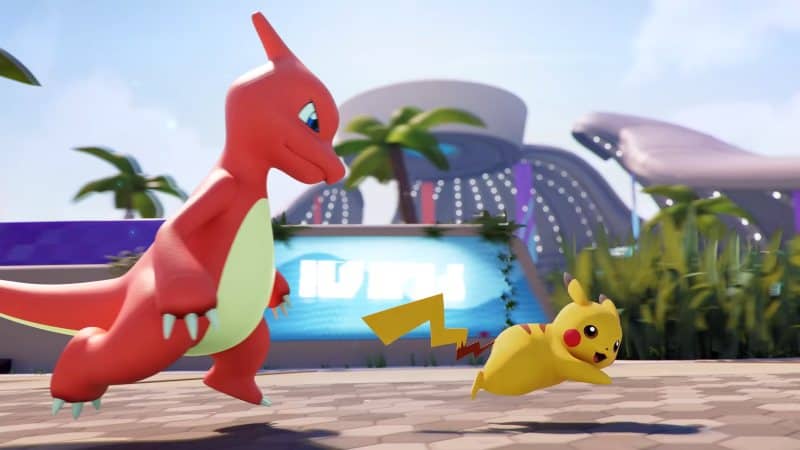 Blissey is a support Pokémon that is great at healing her teammates and dishing out other useful status effects. She can slow and displace enemies with Pound and later Egg Bomb. Those moves should let attackers nearby get all the sneaky kills they need to get ahead of the competition. Soft-Boiled is her healing move, and it’s always nice to have a healer nearby.

For such an iconic fire Pokémon, Charizard feels a little undercooked. It also doesn’t feel quite as much of an All-Rounder as it’s made out to be. Charizard does have some good offensive moves, but they shine later in the game. In the early phase of a battle Charmander might be better off jungling for XP in the middle area until Charmeleon can come in for a gank.

Gengar is in a weird place right now. On paper, the Pokemon is up there with Absol and Zeraora, but in terms of moves and abilities, the character takes on more of an assassin-type role. Unfortunately, things are too unsettled and unpredictable for assassins to thrive, but over time you get the impression than Gengar will start to grow into the role the developers envisioned for them.

There is no out-and-out healer in the Pokemon Unite launch roster, but Eldegoss is perhaps the closest to being one. This character has abilities like Cotton Cloud Crash that can restore HP, and has the Mobility to keep up with the pack. Endurance isn’t too bad and they can put out a little pain as and when required. As such, Eldegoss is an easy choice for newcomers looking to ingratiate themselves with a team.

Where other All-Rounders favour Offence or Endurance, Lucario has invested their talents in speed. Of course, not enough to be classed as a Speedster, which makes Lucario the sort of Pokemon that’s only good for one thing, harassing the enemy team’s slower but more combat-capable characters. Doing so effectively is difficult, but it’s worth putting the practice in. Lucario is currently rare to see in matches due to his price, so it may be a while before we know his full potential in the meta.

The problem with Slowbro is hinted at in the name. High Endurance offsets a lack of speed to a degree, but avoiding damage will always trump the ability to absorb it. Slowbro absorbs it better than almost anyone. With good teammates, moves like Cotton Spore and Leaf Tornado will reduce an enemy’s movement speed to help Slowbro keep up, but you’d generally just be better off with a Snorlax or a Wigglytuff on the team.

On paper, Venusaur and Pikachu are very similar in that they are able to deploy awesome AoE firepower. Sadly, while Venusaur has a little more staying power at the expense of Mobility, their moves don’t quite work in sync as well as with Pikachu. 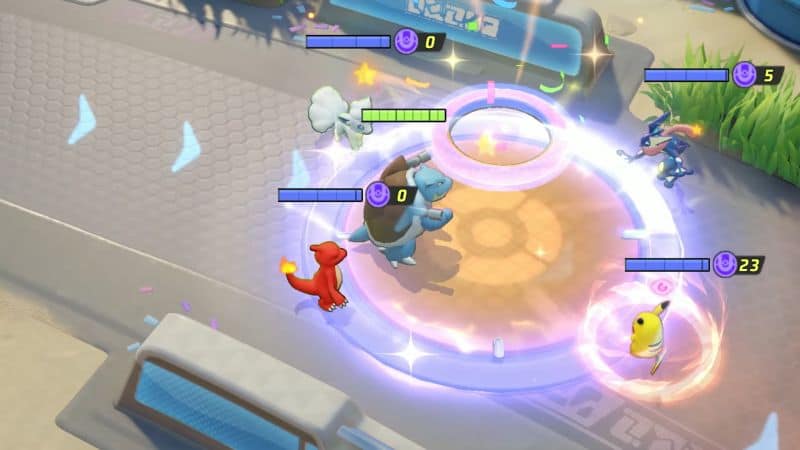 Mr. Mime is just plain weird. Unique in the sense that it’s a support character with plenty of HP to stay in the fight, but the problem is that it doesn’t have the movement speed to keep up and the character’s moves seem like they were created by the roll of a dice rather than by design. Still, that’s Mr. Mime for you.

On the face of it, Greninja seems like the archetypal assassin in the current Unite talent pool. Unfortunately, while they have good stealth and positional moves, they lack the decisive ones to make all that effort count. It’s early days, so perhaps Geninja will be one of those characters that gets better with age.

As new Pokémon are introduced and old ones reevaluated, we’ll be updating our Pokémon Unite tier list to reflect how they rank relative to one another. In the meantime, if you have a favorite Pokémon that you think we’ve undervalued or oversold, feel free to tell us below. 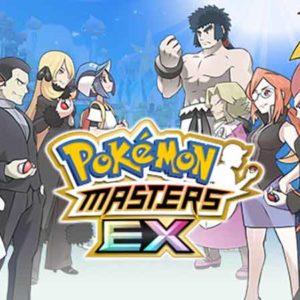 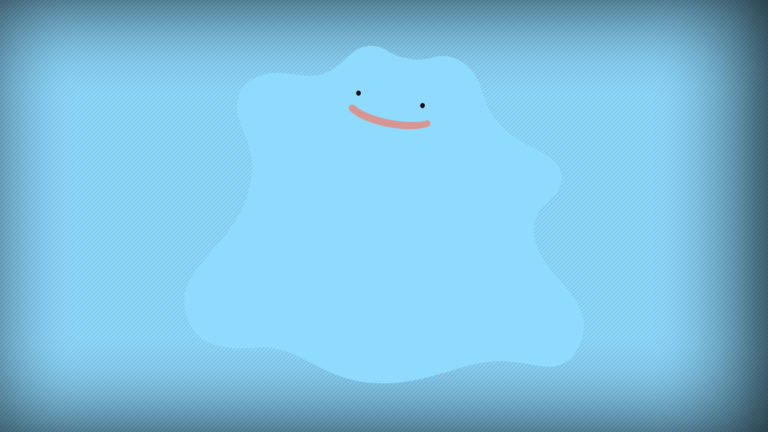 How to Catch a Shiny Ditto in Pokémon Go 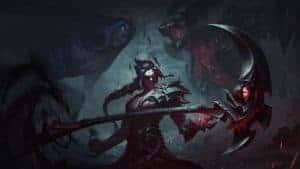 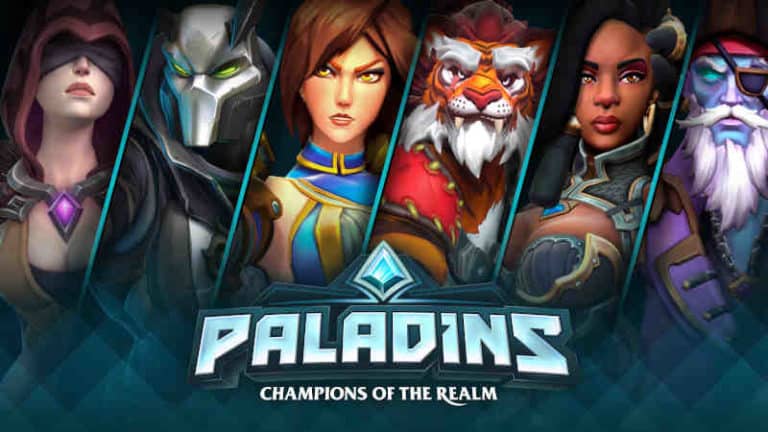