Check out these spooky titles to scare yourself solid. 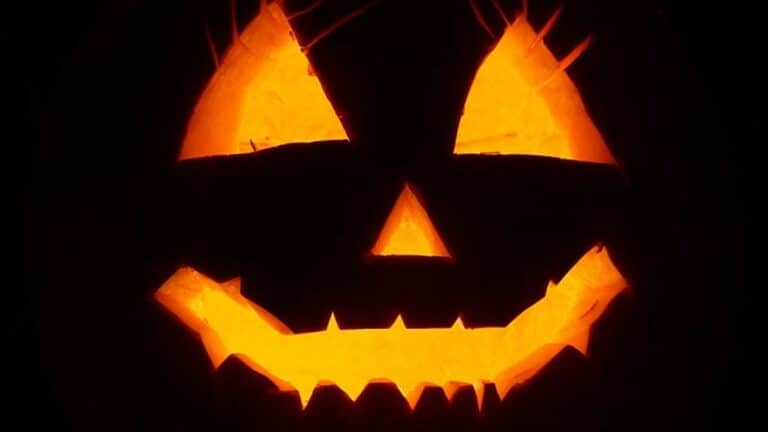 Are you looking for something spooky to play this Halloween season? Well, our list of the top 10 scariest games for Halloween 2022 is what you need.

Horror games have been a huge part of gaming ever since the earliest days.

From Texas Chainsaw Massacre on the Atari 2600 all the way to modern classics like Dead By Daylight, it’s hard to ignore the number of great horror titles in gaming.

Read on to discover our picks for the ten scariest games of all time.

When it comes to the scariest horror games to play at Halloween, you need to look across the entire wide history of gaming if you want to get the best of the best. That’s why our list below features a bit of everything from a lot of different eras to really get under your skin no matter who you are.

A few rules before we start. We’ve only included one game from any given franchise to prevent one franchise from dominating. Another important factor here is that we’ve gone for games that are genuinely scary, not necessarily the ‘best’ horror games, so don’t be too upset if your favorite doesn’t make the cut.

This might cause a few scoffs amongst horror game aficionados, but as a horror game, FNAF does the job of scaring players very well. Too well, for some people. Sure, you have to stretch the definition of ‘gameplay’ with FNAF, and it has an….interesting community and creator, but you have to admit, it’s incredibly tense and nerve-wracking.

For those who don’t know, in FNAF, you’re sat watching a bunch of security cameras. The reason for this is that you’re protecting yourself from evil animatronic mascots that want to murder you. You’ll feel tense from the get-go, mostly because you physically cannot move.

It’s sort of nightmare logic. you’re trapped in an obviously scary and dangerous situation, but for some reason, you just keep coming back. You can’t move or defend yourself either. It’s basically taking the ‘bad gameplay’ philosophy of games like Silent Hill to the extreme, and it makes the game quite spooky, even if it does the job so well, that it is rendered unplayable for a big chunk of people, and that makes it deserving of a spot on our 10 scariest games list.

Here’s one you’ve probably not heard of before. Martian Gothic Unification is a survival horror title from the PS1 era that tasks you with figuring out what happened on a space station after the communications go dark. You show up, and, needless to say, things have hit the fan.

All of the crew are now horrific zombified monsters, and by swapping between the three characters, you must figure out what happened. Oh, also, if you ever come across another playable character, you horrifically meld together in a, frankly far too literal take on the concept of body horror.

Sure, from a gameplay perspective, this is basically a Resi clone (itself a clone of Alone in the Dark, but let’s not go there). You move around with tank controls and mostly fight off enemies in enclosed environments. What really puts it over the edge, from a scariness perspective, is the mashing together of two people that happens if you accidentally bump into yourself.

If you’ve not heard of or played Condemned Criminal Origins, then you’re really missing out. Not only is this one of the best horror titles on the Xbox 360, but it’s also one of the scariest. Weirdly though, the fear factor isn’t necessarily bought out in the same flashy way that it does in other horror titles.

The horror hear comes from the combat and the environments. You’re typically exploring incredibly dilapidated buildings, and the combat has a huge focus on improvised melee weapons over guns or other ranged options. Not only that, but it was one of the first first-person perspective games that managed to make melee combat feel weighty and significant.

It’s the moments where you’re creeping around fighting several hobos to the death with a 2×4 that bring this experience to life. The only reason it’s not any higher is that the last hour or so really kills a lot of the atmosphere and tension that the game has built up with an over-the-top, running-through-a-burning-farm moment.

A bit of an odd duck for our 10 scariest games list. If you’ve only heard passing things about Stories Untold, you might rightly be underestimating it. Stories Untold is a modern-day text adventure, though it is way scarier than this description makes it sound. The game is split up into 4 different chapters, each with its own gameplay style.

These chapters often play with your expectations, tricking you into thinking that you’re just playing a text adventure, while you’re actually really interacting with the real world, and vice versa. The stories are all incredibly well written and have a tendency to successfully creep the pants off you if you allow yourself to get immersed.

While it might seem quaint by modern standards, Amnesia The Dark Descent is arguably responsible for the explosion in first-person explorative horror titles in the indie sphere. This game took one of the most over-used tropes in video games and actually made it the central focus of the story. Hell, it’s in the title.

Despite these supposed drawbacks, Amnesia is an interesting and deeply horrifying game. It pioneered mechanics that encouraged you to look at the monsters as little as possible, leaving you to fill in your limited knowledge of the monsters’ appearances and abilities with the worst things that your brain can conjure up.

It wouldn’t be a good 10 scariest games list without at least one title that mostly relies on jump scares, and the jump-scare game of choice is Fatal Frame 2. If you’ve not heard of the series, it’s basically a Japanese horror game where you defeat ghosts by taking pictures of them. Think, Yokai-based Pokemon Snap but with more Japanese schoolgirls involved.

Fatal Frame 2 was the game that really nailed the formula. It improves on the original game in almost every single way and also experiments with some new features. Because you can only see ghosts through the camera, you could whirl around at any moment to discover you’re right next to one.

All-in-all, the series as a whole, and this game specifically, are dripping in atmosphere. It’s very easy to spook yourself while creeping around the quietly abandoned buildings hunting for ghosts. Trust us. We speak from personal experience.

The game that showed horror wasn’t dead to AAA publishers. Without this game, we probably wouldn’t be experiencing the great horror revival that we’re currently mid-way through. This game proved that horror could sell, although it did have the advantage of the Alien license to help it, in fairness.

Really, the magic here lies in the blend of gameplay and atmosphere. You’re running around a derelict space station, being hunted by a singular Xenomorph. There is little to no way to combat your enemy, so hiding becomes your only response.

What really sealed the deal here, was the inclusion of extra features that greatly increased immersion. Namely, you can enable your webcam/microphone to detect how much you’re moving and how much noise you’re making. If you think a first-person horror game is intense enough already, try actually having to remain still and silent when you see the Alien heading your way.

This is one of those modern classics we were talking about before. The combo of the relatively realistic setting and the use of night-vision as your only real means of sight set this game up to be a huge success, which it was.

You spend most of your time creeping around an abandoned insane asylum, looking for information on experiments being done on the patients. The entire time, you’re having to hide from some of the escaped patients, and worse. Your only tools are your wit and your camera, which you must use to discover the secrets, and escape.

Trust me, you’ll never be more scared than you are when you’re hiding underneath a rickety hospital bed, with a naked maniac’s glowing, green todger flapping towards you in the darkness. It’s both eerie and incredibly disturbing, especially once you’ve been playing for a while.

If you’ve not heard of Clocktower, then you are truly missing out. This series is lesser known in the west, but in Japan has been going strong since it was created in the early-to-mid-90s. The first installment was released on SNES and ported later to PSX, but both games are point-and-click adventures where you’re chased around a castle by a serial killer called Scissorman.

It is shocking how scary the game can be despite being constructed from pixel art. You’ll find yourself getting psychologically conditioned to be scared whenever you hear the noise that Scissorman has arrived. It’s really quite alarming how scary it all gets when you see that deformed little creature with his giant scissors come running at you.

Alright, we’re sorry. Lots of ‘best horror games’ lists feature this as the number one spot, but hear us out: the game deserves it. If you’ve never played the game, which would be understandable since it’s basically stuck on the PS2/Xbox if you want it to be playable, then you probably won’t understand what makes it so great.

Your best bet, if you can, is to go in completely blind. Like the other Silent Hill games, it’s got those clunky tank controls that make the fighting feel so visceral and terrifying, but it has one huge advantage over the others: this game is about a psychologically broken man, not a cult.

Every monster in the game is a projection from the main character’s psyche, they all fit together because they’re reflecting the broken self-image of a broken man. That’s part of the reason why popular elements from Silent Hill 2 feel so out of place anywhere else, they were made for this game exclusively.

Silent Hill 2 ends up at the top of these lists so often because it really does get under your skin. The first time you play it, you’ll find yourself reeling from the ending, no matter which ending you actually got. It’s also just fantastic that the ending you get reflects how you behave in the game. In short: perfection. 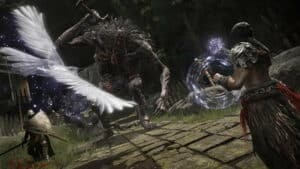 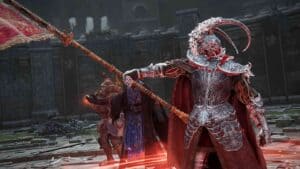