The best free-to-play games for Nintendo Switch in 2022

New Nintendo Switch for Christmas? Here’s some of the best free-to-play games for that post-holiday budget 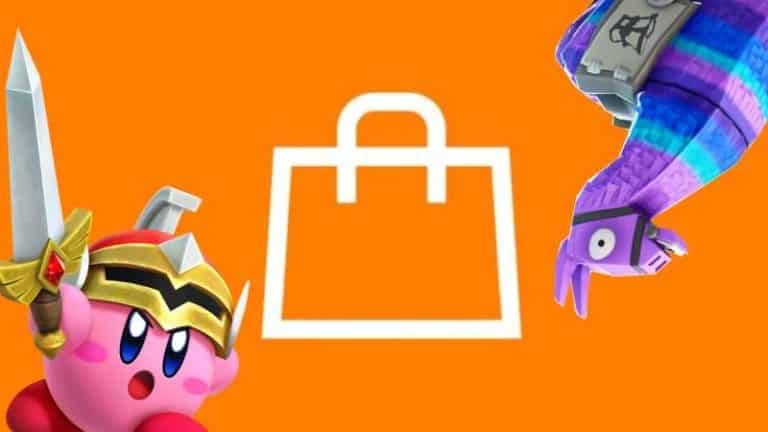 We all know what it’s like, you get a shiny new games console under the tree and can’t wait to get started, but there’s no game with it. Or there is, but you soon want to try your hand at something else after an hour or so. Well, there’s no better way to make the most out of your Nintendo Switch than delving into its vast collection of free-to-play or free-to-start games.

We’re going to take a look at some of the best free-to-play games available on the Nintendo Switch, but this is far from all you can expect. To take a look at the full list of free games on your Switch store, just follow these simple steps:

Even if you’ve never played this popular Battle Royale shooter, you’ll no doubt have heard of it. Fortnite is definitely one of the biggest games in the world at the moment, with fans still coming back for the regular events, colorful skin packs and the deep, ever-evolving backstory.

It’s a great time to drop into Fortnite if you’re new, as we’re still quite near the beginning of Chapter 3, Season 1. There’s still plenty of time to get involved and level up your Battle Pass before the season ends.

While Fortnite is free to download and free to play, you will need to pay if you want the full Battle Pass. At 950 V-Bucks each season, you will need to purchase V-Bucks with real money in order to claim the full Battle Pass. Having said that, if you fully level up your Battle Pass each season, you will earn enough free V-Bucks to get the next season’s Pass, so if you play enough, you should only ever need to pay with real money once. Alternatively, you can play and level up your Battle Pass for free. You won’t earn all of the available in-game rewards, but you will be able to claim some.

Pokémon Unite is one the latest game releases from The Pokémon Company, and is only available on mobile devices and Nintendo Switch. The free-to-play MOBA combines strategy and battle mechanics while featuring some of your favorite Pokémon, with more being added all the time.

Like many free-to-play games, there is an in-game shop and a currency that can only be purchased with real money – Gems. However, it is completely up to you whether you buy Gems as the game is completely playable for free. Other in-game currencies, such as Aeos Coins, can be earned in-game and then redeemed for most of the items required, like Unite Licences, which are needed to unlock new Pokémon.

Rocket League is another game still enjoying huge popularity despite being released over six years ago. A unique game combining soccer mechanics and high-powered vehicles, Rocket League is completely free-to-play, with the option to purchase items in game that are purely cosmetic.

Apex Legends is another free-to-play Battle Royale shooter. Unlike Fortnite, however, Apex is a character-driven game, featuring a selection of Legends with different perks and abilities. As such, your gameplay can change depending on who you choose, and you’ll need to establish who’s your best hero.

While Apex Legends can, again, be played entirely free, there is a Battle Pass system similar to that in Fortnite, which can be purchased for 950 Apex Coins. Without the full Battle Pass, you can still earn a bunch of free rewards, such as Music Packs, Load Screens and Weapon Skins.

Take a team of Kirby characters into battle in this free-to-play Kirby game as you join others to head off into unexpected adventures and thrilling boss battles. An RPG action-adventure game, Super Kirby Clash lets you choose from four different Kirby identities, so choose well.

Like the others in this list, there are microtransactions in Super Kirby Clash, and you can purchase items using the game’s premium currency, Gem Apples. Gem Apples will need to be bought with real money, but, while Super Kirby Clash is technically a free-to-start game, most of the items in the in-game Shoppe are not necessary to play the game to its full potential. As such, you can feel free to battle solo or with friends without having to worry about a pay wall.

On top of all the great free-to-play games that are available on the Nintendo Switch, you’ll also find a bunch of games that offer a free demo, giving you the chance to try before you buy.

Head to your eShop, go to search and select “Software with Demo Available” to see the full list of current games offering demo gameplay. These include the likes of: