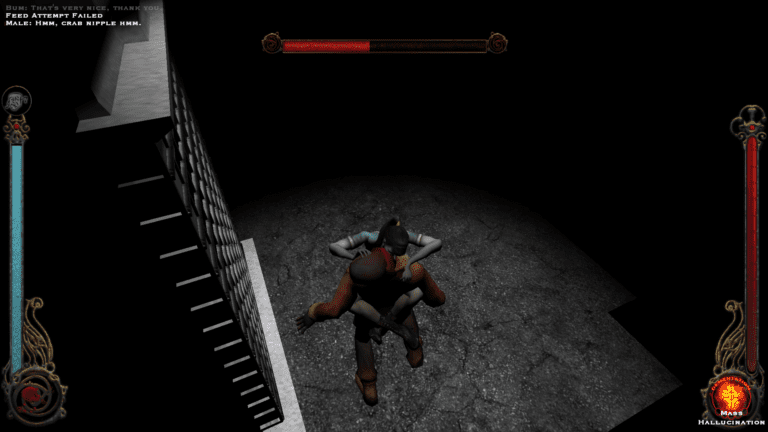 Vampire: The Masquerade Bloodlines is the textbook definition of prime jank. This RPG was initially released all the way back in 2004, and even for the time, the game was rough in places. Despite this, the game had enough charm and decent gameplay to get many people hooked, so much so that we’re getting a sequel at some point in the near future. With that in mind, you might be tempted to go back to the original for a re-visit, but if you’re worried about dealing with all that jank, then console commands might be the answer to your prayers.

How to Open the Console

By default, the console isn’t available without tweaking some stuff. Find the game’s executable file on your PC, and then right-click it and create a shortcut. Right-click your new shortcut, find the ‘target’ field, and enter the text in the box below. Make sure there’s a space after whatever was in the ‘target’ before you started typing, or it won’t work. Once done, you can open the console in-game by pressing the key underneath Escape on your keyboard, just make sure that you’re running the game from your new shortcut first.

Since there is a wealth of different console commands in the game, we’ve split them into a couple of different categories. Everything that you see here is a command that will help you get something done in-game, but they won’t make you super powerful or impossible to kill. You can find those sorts of commands in the next section, but if you come to a game-breaking glitch, this is what you need.

These commands are mostly focused on fixing issues and getting information out of the game. Be very careful how you use the NPC-freezing command since that can cause crashes, especially on older systems.

As well as the utility commands we’ve featured above, you can use these commands below to make some changes to your character. While you could use these to make yourself insanely powerful, they’re also just useful when it comes to making minor changes or fixing some mistakes.

These commands are the real deal, proper cheat commands that’ll turn you into the master of the night with ease. Just remember, they can have a profound effect on your gameplay experience, as well as crashing your game if you use them too much. Make sure to back up your save regularly so you don’t lose your progress.