Home » Gaming » What is Krunker? The latest blocky game taking over the internet

What is Krunker? The latest blocky game taking over the internet

Graphics clearly aren’t everything to gamers in 2022 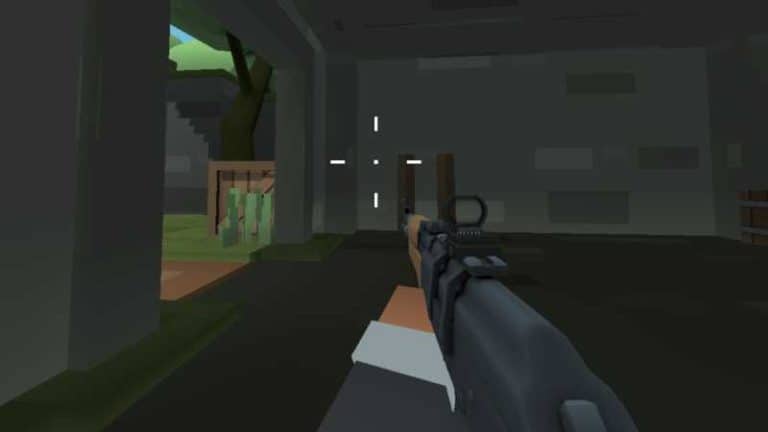 Table of Contents hide
What is Krunker?
What about Krunker the game?
How to play Krunker

Lost Ark, Horizon Forbidden West, Flight Simulator – sure, they’re all great games. Lovely graphics, improved realism… But are they blocky enough? It seems that realistic graphics, gorgeous settings and curved lines aren’t all they’re cracked up to be as yet another block-centric game storms the internet.

Krunker is a browser-hosted, online FPS which looks and plays a lot like Roblox. If you’ve never heard of it, you’d better get with the programme, because Krunker has burst into the mainstream with nearly half a million followers on Twitch, thousands of concurrent players and millions overall. So let’s take a look at this new kid on the block.

Krunker is both an FPS game in its own right and the name of the wider platform, which, again, is pretty much the same thing as Roblox. Anyone is able to create maps or develop games and earn money from said games, created with the easy-to-use Krunker Editor.

Looking at the most popular games at the time of writing this, multiple shooters top the list with millions of plays. These include AIM Room, an FPS with a map inspired by Toy Story which has racked up over seven million plays so far. Then, with the blocky asthetic lending itself naturally to Minecraft-inspired games, there’s a selection of Skywars and Parkour maps clearly influenced by the sandbox survival.

What about Krunker the game?

And then there’s Krunker, the first person shooter. This is the first game you see as soon as you load into Krunker on your browser, and is clearly influenced by Roblox – in particular, Arsenal. If you’ve ever played Arsenal, Krunker gameplay will feel familiar – as will the maps – as you jump around trying to take out your enemies as quickly as possible. The Krunker creators themselves even recommend movement as a key technique to success, with the Slide Hopping movement crucial to getting the win.

Apparently, there’s a bit of a problem with hackers in Krunker, but it seems Yendis Entertainment – the team behind Krunker – is on the case. As seen in the game’s guide, reporting is encouraged, and Steam comments suggest that hackers are dealt with swiftly, so it’s not a reason to be put off.

How to play Krunker

As Krunker is a web-based game, you can play it straight from your browser without the need to download anything to your PC. This is likely part of its massive appeal, as not only will it work on lower end PCs, but you can even play it in the office or at school (which, of course, we are NOT suggesting…).

If you want to take a look at Krunker before you delve in, then you can watch one of many streamers broadcasting its gameplay on Twitch, or there’s a number of helpful videos on YouTube. But since it’s so easy to get started, we’d recommend just diving straight in at the deep end. Guns at the ready…