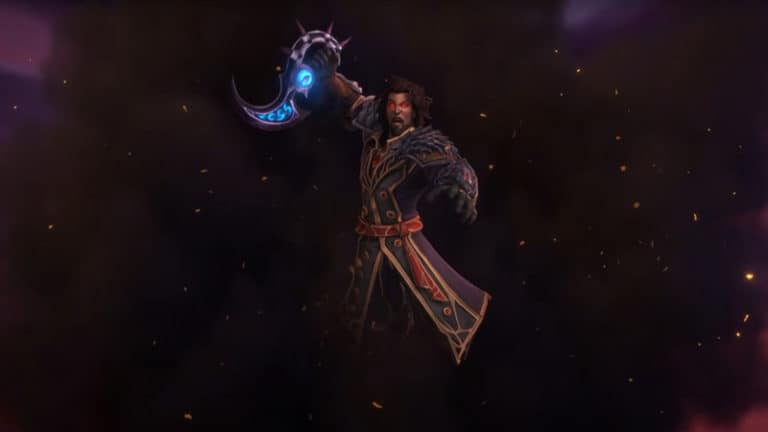 Update: March 8 – The next World of Warcraft expansion will be revealed to the world on April 19. There have been plenty of leaks regarding the Dragon Isles over the last few months. Perhaps we will finally get WoW 10.0 Dragon Isles related content showcased during the next expansion’s reveal stream?

Update: Jan 17 – There has been a second 10.0 leak, this time the perpetrator claiming to be a recently departed developer from Blizzard’s Team 2. This character says that the next expansion is a Dragon Isles related expansion, with another mention of player housing in Teldrassil and Undercity, along with the expansion returning to old school wow. Moreso, MMO Champion recently datamined encrypted data string, relating to dragon themed mounts. All in all, these are becoming more and more credible by the day, at least on the next expansion’s theme(s) anyway. We’ll let you decide. The rest of this article is a discussion on what features we think were likely based on the original leak.

Oh, would you look at that? Another WoW 10.0 leak has arrived. The new Wow 10.0 leak takes another pop at the rumoured next expansion, with many players already speculating, given the recent circumstances around the latest Shadowlands cinematics Blizzard has published, such as Tyrande and Sylvanus’ storylines. The 9.2 patch is getting closer to the finish line on the PTR. It is only a matter of time until the expansion draws to its natural conclusion.

For context, we have provided a link to the MMO Champion, where the new WoW 10.0 leak originated. Once again, take it with a pinch of salt, as you always should do with WoW leaks. And remember, the Awakening leak was completely bogus, so there’s a chance this one might be too.

The Dragon Isles is something that Blizzard has always wanted to do for a very long time. The mystical island the Dragonflights hang out at has always remained a mystery to mortals, yet we know for certain it is a thing. Ever since Cataclysm, the dragons have been left alone to their own thing, but Wrathions new Black Dragonflight played a part in the Nyalotha story arc of BFA. Other than that, not much has been going on on their end, at least not in the forefront anyway. We did get a side quest in BFA that had the players helping the Red Dragonflight, as Sinestra’s Twilight Dragonflight got cheeky against the slumbering Reds in the Twilight Islands.

Meanwhile, we know the Obsidian Dragonflight, the ones corrupted by Deathwing. The story arc seems to be pointing to an eventual meeting with the Dragons once again, whether it is the Infinite or Twilight dragon flight getting cheeky. The Infinite Dragonflight could even be working with Sovaal, especially since he wants to undo the First One’s creations, and messing around with time could be part of that plan in the future.

So, it seems very likely we could get the Dragon Isles, whether as an expansion, patch or at least more story thread connecting the dots. Moreso, it is a theory several content creators have mentioned recently, such as Bellular.

The WoW lore has certainly been evolving more and more in the last few years, focusing on the cosmos and reality, in particular. Ever since the final patch of Legion, where we fought the World soul of Argus, it seems to imply every planet has an incredibly powerful being at its heart. It also fits into the story that the Burning Legion wants to corrupt planets to Fel or destroy them, so the Void can’t take over in this reality. Meanwhile, the Titans hold the status quo of the World Souls, with the Titan constructs having the ability to regenerate planets.

In general, it seems these planets were made in the Light, and by default, the First One’s image, so to say the World Soul is a dragon-like being will feel like a curveball without proper explanation. However, Dragons seem rather unique to Azeroth, and hold a lot of power over Azeroth, taking on Azeroth’s elemental aspects. So, in that way, perhaps it may indeed be the case. It’s too hard to tell, so let us hope if it is true and the lore does it justice.

A year-long cinematic in the making – Likely

It is genuinely well accepted that the best things about WoW are the cinematics of the game and the art team building the world. Not to mention that cinematics are some of WoW’s most hyped parts of the game’s storytelling. Old Soldier, Siege of Org 2, Sylvanus vs Bolvar, all incredibly well made and told is clear the effects, upcoming content, or the consequences of the game’s narrative at those points. Only this time, the expansion launch needs to capture the hearts and minds of players once again, after BFA and Shadowlands were suboptimal experiences for the most part. And what to a way to do so with a year-long marketing win in the form of another incredible cinematic to set the spark. This is probably the most believable thing in the entire WoW 10.0 leak.

Whether it is a Dragon Isles themed love letter to the first-ever WoW cinematic opening is however the mystery of this tale. Maybe, maybe not.

It is generally accepted that Blizzard’s world content needs a major overhaul as World Quests are either pointless or just straight up bad when you need to do them. So, there’s no way that the QWQ system is allowed to go ahead by itself as it was again. One way you can make it interesting, more entirely replace it is through this interesting World Shaping system.

For those curious, the World shaping system is supposed to be a world content feature that happens to transform and reshape the Dragon Isles. Apparently, biomes will change from desert to forest as the night elves try to rebuild the world that has had its head kicked in. We will even get characters like Thrall back in, who played a huge part in Cata’s healing process after Deathwing bulldozed several zones. So, this community effort to reshape zones, and heal the planet is something that somewhat makes sense. It is part of WoW’s content history, and we have had the Fireland quest hub and the Gates of Ahn Qiraj zone leveling up as [players did more to the zone.

Lastly, the World Shaping system seems to mention that zone skills have effects on player engagement, Something may allow players to fly, teleport, or do other wacky stuff. It’s not the first time Blizzard messed around the idea, with Timeless isles having areas restricted to legendary wielders in MoP, while Mechagon had jetpacks to grant temporary flying etc. It is certainly in the character of Blizzard to re-do world content like this, the actual context in which it is done is the hard part to pin down. It is even something they are actively working on for 9.2 too.

What are your thoughts on the WoW 10.0 leak? Let us know in the comments below, or better yet, what features do you hope to make it in the next expansion?