Home » Gaming » World Of Warcraft » The WoW Awakenings leak is very likely fake, but the premise interests me

The WoW Awakenings leak is very likely fake, but the premise interests me

The WoW Awakenings leak is more than likely fake. 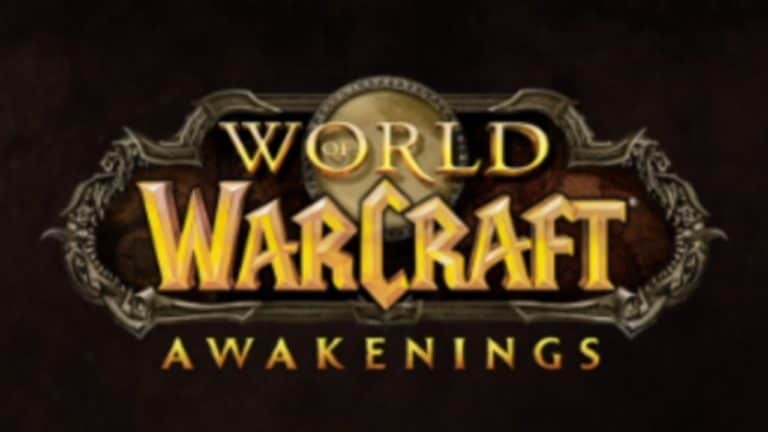 Update: We now know for certain there is going to be an announcement on the next WoW expansion after Shadowlands. Could the Awakenings leak be the next expansion? Find out on April 19.

Hello everyone, today, I want to talk about the recent WoW Awakings leak published on 4chan, which now exists forever in the void of Reddit. It made a good conversation starter in my guild since leaks are always exciting times for people interested in their favorite IPs. However, we quickly realized it is more than likely fake. Why? Because of the last few high profile leaks, and the infographic has a bleedingly obvious typo that hurts the editorial team at WePC – ‘Buld your own airship’, ouch!

Take the Sylvanus BFA ending for example. A beautifully rendered image of Sylvanus and a bunch of spooky ghosts on the docks of Stormwind, signifying her victory and the start of Shadowlands. That never happened. Never forget the tinker class either, that seems to be a pipe dream at this point, – but I’ll accept something might come of that when the lore team remembers Mekkatorque is in an ice prison since Dazar’alor.

However, there is something about the leak that I cannot take my mind off, and that is hope. I am like most players who play World of Warcraft. We have become Ethereal-like in our nature, disappearing from WoW, arriving at FFXIV, ESO, New World, Lost Ark and whatever other 2021 MMO gets thrown our way. But, WoW is our home, and we want it to be great. These days, many WoW players want to return to WoW, even if we tell ourselves we won’t – I am among this very crowd. Many of us want to return, but on our terms, and not Blizzard’s. No matter how much Shadowlands changes, it just isn’t going to cut it. 9.1.5 wasn’t enough, as it was a thing many players like Preach called for way back in Alpha. Not to mention the expansion is tainted with delays, large content droughts, bad press, and, of course, systems we don’t care for. 9.2 getting added to the PTR CDN creates some excitement. But, it has heavy baggage it won’t shake until 10.0.

This now brings me to the content in the WoW Awakenings leak, which you can look at yourself in the Reddit archive.

There are alot of systems in this WoW Awakenings leak that is strange sounding. As said, I believe in a class when I see it.  As for the rest, it is certainly interesting. The reforged Azeroth is something the community has been asking for a while now, and Blizzard have attempted to answer that. We have Cromie time, traditional levelling, and we got brief levelling changes in Legion, and of course, a remade world in Cata. Most of that content is 11 years old now, and players don’t even need to go to Azeroth as the expansion theme park creates content redundancy. There have been a few attempts to return, with the BFA old god invasions, the Warfront system in Arathi, to name a few recent escapades. As we see in other MMOs, a base world that remains active is a great idea that WoW needs a permanent solution to.

And then there are the systems. System design in WoW is a bit of a cursed word nowadays, after the BFA Necklace, Azerite, Corrupted gear, Shadowland’s mandatory Torghast to name a few. But, these systems might not be mandatory content drivers as has been the case of the last three expansions. This intrigues me, as content should make me want to play, and not the systems forcing me to play it.

And then the airship. Is that a new spin on player housing, and not the half-arsed garrison from WoD? Again, there’s hope in that leak, and the 10.0 leak hits the fantasy that players have that the WoW dev team might be listening. If 10.0 launches an expansion that feels like WoW and not World of Systemcraft, players might just tune back in and get recaptured.

Either way, patch 10.0 has a job to do. Whether it is the WoW Awakenings expansion, or something completely different will need to recapture our hearts and minds. And that attention needs to be us wanting to give it to WoW. No more forcing us to pay attention because of meaningless systems that die an expansion or a patch later. The ball is in your court Blizzard. 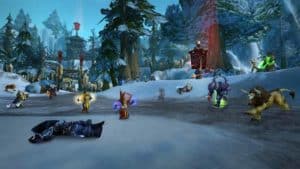 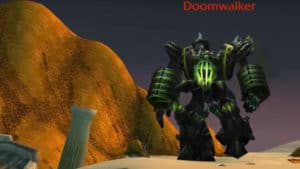 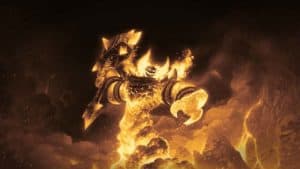 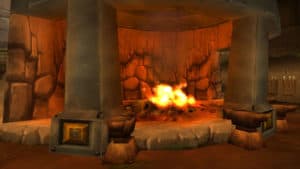 What is the Expert Cookbook in WoW Classic?