Home » Gaming » World Of Warcraft » A guide to the WoW Cosmic Flux currency in 9.2

A guide to the WoW Cosmic Flux currency in 9.2

Need a few pointers on the new WoW Cosmic Flux currency? Here are a few need to knows on the feature. 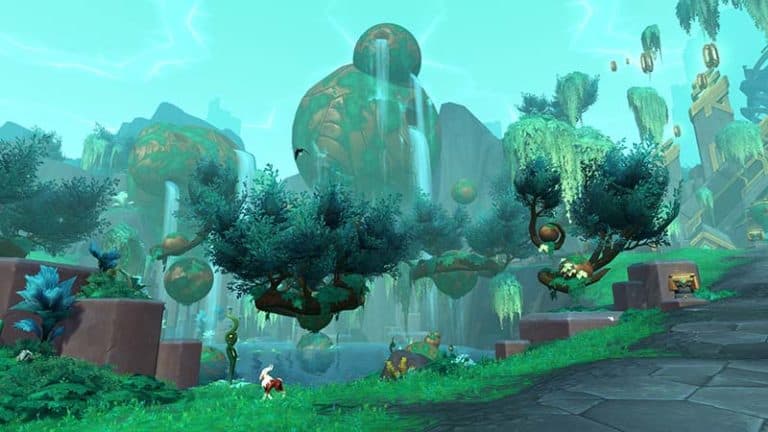 Table of Contents hide
What is Cosmic Flux?
How to farm Cosmic Flux
How to create Tier Sets with Cosmic Flux+
Cosmic Flux and Legendaries

WoW’s patch 9.2 is live, and players are getting up to speed in Zereth Mortis, the new zone that launched in the latest patch. While out and about in the zone, you will earn a new currency called Cosmic Flux, a currency that helps you with the legendary gear system and more. This guide will teach you everything you need to know about WoW’s Cosmic Flux.

What is Cosmic Flux?

Cosmic Flux is the latest currency to get added to WoW. It is a common feature of the game’s recent patches, which normally means this currency is a way to improve your character in some form or another. In this instance, it is an important currency for the legendary system and provides an opportunity to craft tier set pieces later in the patch cycle.

The way you acquire Cosmic Flux comes from a variety of sources, and the good news, the currency is uncapped. You will find you get a lot of it through the main story quest. Once you complete the main story, it comes from repeatable sources.

How to farm Cosmic Flux

Some of the main ways you’ll farm Cosmic Flux is via killing rares, completing daily, and world quests within the region. You can get yourself 50 per rare kill within the zone. Expect to grab yourself roughly 75 Cosmic Flux per day, while you can grab even more from the semi recurring Patterns with Patterns quest which crops up every other day for 150 Flux. When you reach exalted and start earning paragon boxes, you can grab even more that way. If you’re a fan of casual open-world content, then this will be a reliable method for you.

You can also acquire it from Mythic+ and Rated PvP. If you enjoy this content and do it quite often you will easily find you can farm quite throughout the week. The amount you get varies, especially in PvP due to the length games can take. You can also get more from the raid when it goes live. Meanwhile, you theoretically have several tiers worth of boss kills to get dust, depending on how available Mythic and LFR wings are to you at the time.

For smaller ways of farming Cosmic Flux in 9.2, you can open treasures around Zereth Mortis. Things like the Drowned Broker Supplies and the Crushed Supplies grant Cosmic Flux. Each one of these rare treasure grant 200 each, while the regular treasures grant a very small amount which varies slightly every time.

If you’re a Torghast fanatic, you can acquire Cosmic Flux from the final four layers per wing. Meanwhile, you can get Cosmic Flux for the eight layers you do in the Jailer’s Gauntlet, the new Torghast wing that launched in 9.2. The amount varies per layer of each of these wings.

How to create Tier Sets with Cosmic Flux+

Once you acquire your Comic Flux, you can then use it to upgrade Season 3 gear to a tier set piece. With the return of tier sets in 9.2, players can acquire gear set tokens through the raid tier. However, to make a tier set piece, you need a piece of T3 gear from a variety of sources like M+ or Rated PvP.

When you get a piece of season 3 gear, you can then take it to a feature called the Creation Catalyst found in the tower floating above the Catalyst Gardens. However, this feature is not yet available at the time of writing and will go live eight resets into the patch. It is likely to allow players the chance to get caught up if luck was not on their side through raiding. It should also allow players to catch their alts up if they have not been progressing through the raid each weekly reset.

The price of the tier set pieces will differ depending on the importance of the piece. In PTR, you could get the cheapest for 600 targeting your bracers and cloak, whereas your main pieces like Chest, Legs, and Helm cost 1500. The prices may differ slightly come live.

The Legendary crafting situation has changed massively in 9.2. With the launch of the content, you can now upgrade your legendaries to rank 7. The cost to upgrade is 2000 Cosmic Flux, which means you will need to farm a fair amount. It is also worth mentioning you can now equip two different legendaries at the same time. To get max rank legendary status on both pieces it will cost you 4000 Cosmic Flux, along with any other spare legendaries you also want to upgrade. If you’re someone who rotates between different legendaries for different content, it could get rather expensive.

This concludes our WoW Cosmic Flux guide. Good luck farming out there and getting your legendaries and soon-to-be tier sets up to speed.