Here is everything we spotted on the new WoW Evoker class during the Dragonflight announcement and beyond. 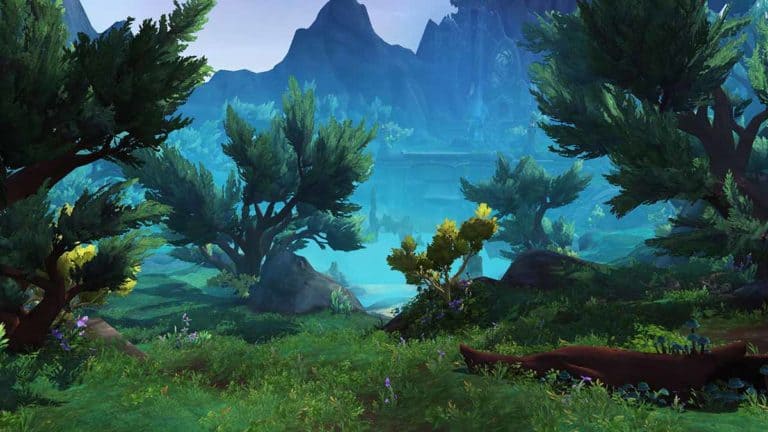 Blizzard Entertainment unveiled the new World of Warcraft Dragonflight expansion, featuring a first look at the Dragon Isles continent. Like all expansions, there are plenty of features, with one of the key features being a brand new class. The new class in question is WoW’s Evoker, which is a race and class combination that only the new race, Dracthyr, can play as. Here is everything we know about the WoW Evoker class.

WoW Evoker Class – what we know so far

The new WoW Evoker class is the first ranged class to be added to the game since vanilla WoW. So, ranged DPS players are excited, as are healers, who are getting a new healer spec for the first time since the Mistweaver Monk’s introduction back in 2012 with the launch of MoP.

As it stands, the class is supposed to have three specs, two DPS and one healer spec. At the time of writing, there appear to be only two confirmed specs, one the Devastator, and the other the Preserver. The Devastator is the first of the apparent two DPS specs, one that focuses on mid-range DPS. Devastator spec Evokers can expect to use the combination of the red and Blue Dragonflight themed skills as part of their arsenal. Please note that we have only seen one trailer featuring the Evoker. There is likely more depth and spells still unknown to anyone outside of Team 2.

From what we can tell, there are three confirmed skills for the Devastator, one being a Pyre bolt, which is a type of fireball cast from the Red Dragonflight, that might AOE detonate on impact with the target, thanks to its animation suggesting it explodes on impact. The other is likely a big cooldown for the spec, which makes your Dracthyr character fly across the battlefield breathing fire on the floor like Alexstrasza. Functionality-wise, it seems to work like the Frost DK’s wyrm cooldown. Lastly, there is a dragon breath like skill for the Devastator, but it is unclear how that actually functions.

The other confirmed Dragonflight for the spec is the Blue Dragonflight. The theme of the skills is about overloading the enemy with focused attacks. The player will channel a powerful direct blue beam at the target to deal sustained damage over the period of the channel. There’s also one skill that appears to fire two blue balls of energy at the target, somewhat similar to Arcane Missiles.

So far, it appears the Green Dragonflight tends to use emerald dream theme skills. There is a skill on the Dragonflight website called Dream Breath, which is likely a cone-based healing skill. There’s also a throwable AOE skill that spawns a lotus flower shape on the ground, which likely burst heals players in that area. It seems likely the burst and at the OAE healing spells are the Green spells.

As for the final spec, we do not yet know what it entails. The only other core Dragonflight that remains is the Black Dragonflight. Black Dragonflight traditionally appears to be the deadlier of the specs and has a hardier aesthetic. Maybe it is more battle mage or a melee-focused sec? There are also the more evil flights that came around, such as the Twilight and the Infinite. Perhaps those flights could be integrated in some way? When we get more information on the spec we will update this section.

There are a few other tidbits that Blizzard unveiled regarding WoW’s new Evoker class. One of the other aspects of the class is a new empowerment mechanic. The new empowerment mechanic is all about holding down your keys to get extra strength from the skill. From a quick teaser on the Dragonflight expansion, the empowerment mechanic breaks a skill into three sections. It likely means there are three different strengths of some of the skills that the Evoker has access to in both the DPS and the healing specs.

There is also another skill the developers confirmed the class has – Wing Buffet. The spell makes your Evoker extend its Darkthyr wings and flap. This seems to be some form of push back spell, which makes a nice way of continuously peeling for the tank, or interrupting adds that constantly cast spells. Either way, it will make a great addition for raid roles or even push M+ keys using a new niche.

Lastly, we know that this class is a hero class, which starts at the same level that the Demon Hunters start at. The class will also start in a new zone called the Forbidden Reach. The starting zone will teach you about the basic abilities and will detail how exactly your character joins either the Horde or Alliance in the process.

This is all we know about the current state of the WoW Evoker class. We will update the article when more information is released on the upcoming class. 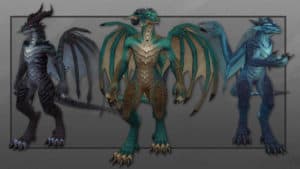