The Originals WoW quest returns, along with the WoW Doomwalker weekly boss which you can find in Tanaris. 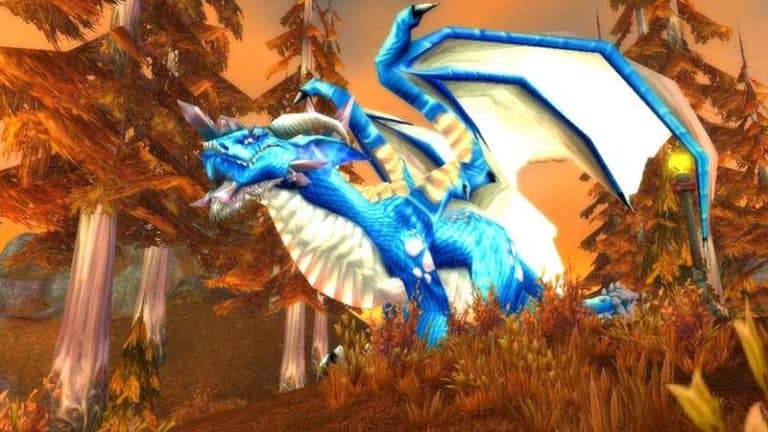 The World of Warcraft 17th Anniversary is live around the world. Players can come into the retail version of World of Warcraft Shadowlands and enjoy the 17th year of one of the most popular franchises of all time. There certainly is a lot going on from the returning Korrak’s Revenge, along with WoW’s original world bosses from Classic WoW. Moreso, Kazzak is walking the Blasted Lands once again. We go through what to expect from the big bosses and what you can get from it. Note, the Doomwalker in Tanaris is the weekly event boss, which we will go into more detail on as well.

The Originals is a quest in WoW that first appeared in WoW’s 2017 anniversary event. It was a shoutout to the hype that was generating to the recently announced WoW Classic that was in development at the time. But now, the bosses have returned once again. Throughout the WoW 17 Anniversary event, you can fight the original world bosses of Vanilla WoW.

In 2017, the Dragons spawned on a rota. First, it was Taerar in Ashenvale, followed by Ysondre in Feralas, Lethon in the Hinterlands, and Emeriss in Duskwood. We are unsure if it’s the same spawn cycle for WoW’s 17th Anniversary, but it is safe to presume it will be.

While you can fight the Originals in WoW, Doomwalker has returned to Azeroth. The Doomwalker WoW Anniversary event takes on the form of the weekly quest. It is basically a big old world boss that is similar to the weekly rotating world bosses you have found in Legion, BFA, and Shadowlands so far.

But, what can you get from WoW’s Doomwalker weekly kill? Well, there are plenty of big rewards that provide 220 ilvl epics. However, the most lucrative reward from Doomwalker is the Illidari Doomhalk mount. The boss does not guarantee the mount and seems to have a somewhat high chance of dropping from the event. Some players are reporting they got the drop in one go. At the same time, some have killed the boss on the 15 character cap on their server and failed to get the mount.

If you want to fight Doomwalker, you’ll find the big Fel Reaver walking up and down the Caverns of Time entrance in Tanaris. You can read more on what to expect from the WoW 17th Anniversary event on Blizzard’s website.