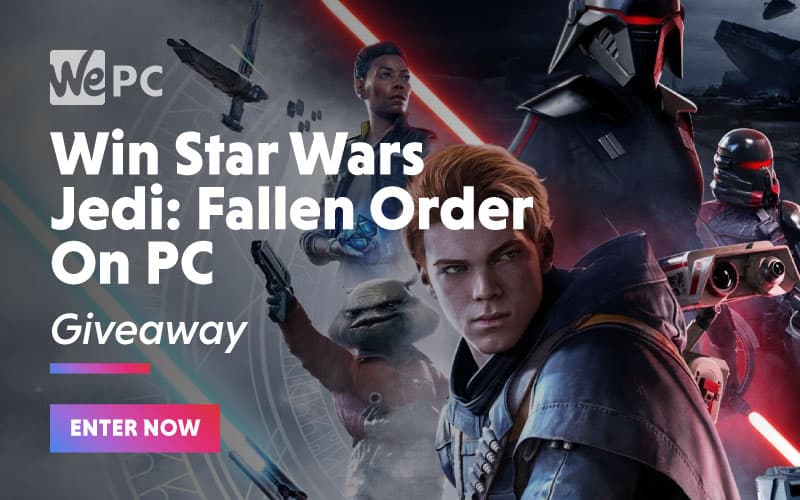 Players get to take on the role of Kal Kestis, a Jedi padawan and survivor of the Jedi purge that wiped out the order in Episode 3: Revenge Of The Sith. The game takes place before Episode 4: A New Hope. It sees Kal on the run from the Galactic Empire after his identity as a Jedi is revealed, and the Second Sister, an inquisitor trained by Darth Vader, is sent to hunt down the Padawan and eradicate the remaining Jedi Knights.

This is going to be the first true multi-platform, single-player Star Wars game since the 2010 release, The Force Unleashed II. Star Wars fans are rightly excited about what lies in store for them during the brand new canon story (and so are we). EA has been moving from strength to strength recently, too, with their Star Wars Battlefront II receiving lots of well-produced post-launch content that has been welcomed by the player base. So, fans excited for Fallen Order could well be in for an incredible gaming experience.

We have game codes to give away to three lucky subscribers, so winners will be able to enjoy Star Wars Jedi: Fallen Order on launch day completely free!

Our giveaway is open internationally; all you have to do to secure your entry and enter our mailing list is answer the question below.