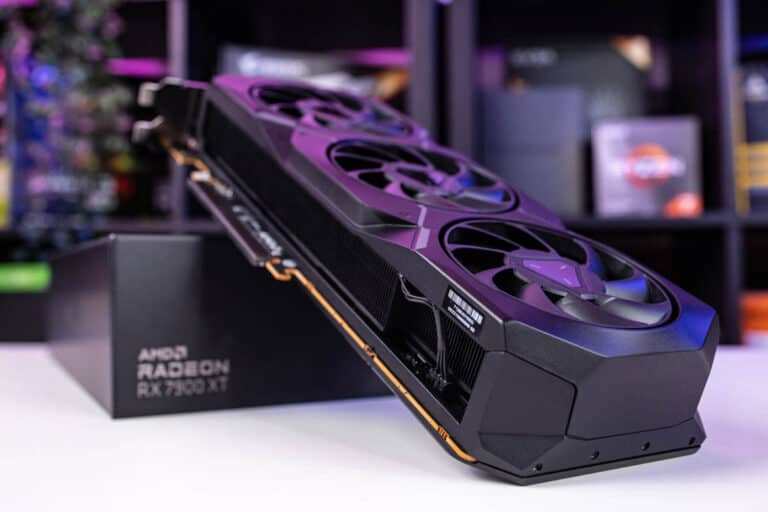 The RX 7900 XT features AMD’s most advanced RDNA 3 architecture, with outstanding rasterization performance. Ray tracing is still a second-class feature, and although being faster than the previous generation, AMD’s GPUs still fall short of Nvidia’s in DXR games. This is even without taking into account the continued popularity of DLSS.

A huge deal is the inclusion of DisplayPort 2.1, especially for VR players and those hoping to use the first 8K gaming displays when they become available. For its most recent GPUs, Nvidia went with DisplayPort 1.4, which is still sufficient to power modern, high-end monitors like the Samsung Odyssey Neo G8. The standard might have certain limits over time, though.

READ NOW: Follow along with our RX 7900 XT & XTX stock tracker for the latest updates

Interestingly, AMD postponed the RX 7900 XT’s release date a little bit further. Although it is more than the 450 watts the RTX 4090 requires, power consumption is substantial. The final design increases the card’s overall board power from 300 watts to 315 watts for somewhat better performance.

The MBA GPU models from AMD have a USB Type-C display output, two DisplayPort 2.1 outputs, and an HDMI 2.1 connection. Although AMD AIB partners can swap out this connection for a second DisplayPort port, AMD wanted to provide gamers with the option of using USB Type-C. Perhaps AMD anticipates that VR headsets will employ this connection type in the future.

Once we reinstall this case’s tinted side panel window, AMD’s RX 7900 XT and RX 7900 XTX blend in nicely, giving your system a tidy and covert appearance. The card is roughly 4.5 cm thick from the PCB, plus an additional 0.5 cm for the backplate.

This results in a 5-centimeter overall width. In orderly diversity, the whole width. When we quickly glance at the slot panel, that would virtually be the conclusion of the round trip (bracket). The card is a fantastic choice for VR gaming because it has two DisplayPort 2.1 connectors (up to 8K 165Hz or 4K at 480 Hz), an HDMI 2.1 jack, and a real USB Type-C port.