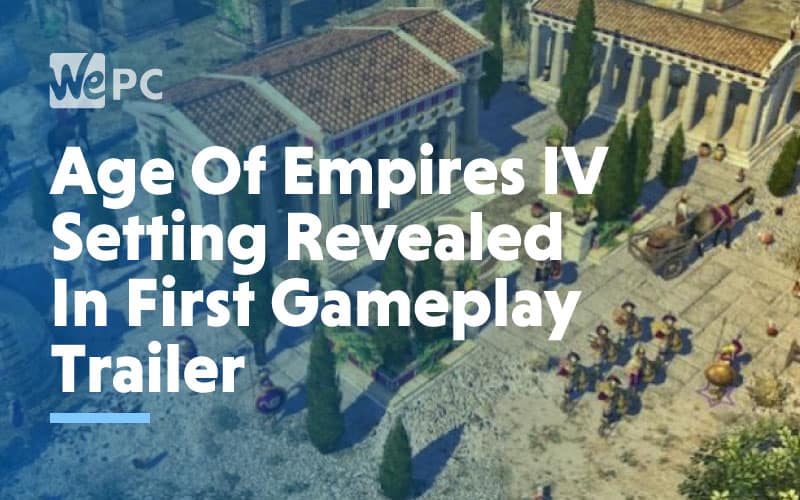 Age of Empires IV was first announced back in summer 2017, but in the intervening two years since, we’ve heard very little, until today’s in-the-flesh reveal.

The main take away from the trailer is that the game is set during the medieval period. Theories ran the gamut from a futuristic setting to an era spanning loop similar to the Civilization franchise, but Relic has decided to settle on familiar territory, which should please most fans.

The trailer showcases the siege of a fortress city surrounded by ramparts with a castle perched on a hillock. An invading army appears on the horizon in huge numbers before storming towards the town before an all-out battle breaks out.

Those that have played Age of Empires II (the reworked Definitive Edition was released yesterday) will note familiar weaponry such as trebuchets, siege towers, infantry units, archers, and mounted cavalry.

The soundtrack is also a reworked rendition of the classic Age of Empires II theme, suggesting the classic RTS has inspired much of what Relic Entertainment is trying to achieve with the fourth entry in the over twenty-year-old franchise.

We also catch a glimpse of the Mongols and British; the first two factions confirmed to feature in Age of Empires IV.

The art style is somewhat of a departure for the franchise with an almost cartoonish aesthetic that will invariably be divisive among the Age community. Xbox Game Studios says we are seeing pre-alpha footage so much is likely to change before a full release. Sadly, we are still in the dark as to when Age of Empires IV will launch.

Although it’s premature to make assumptions, Age of Empires IV looks reasonably promising based on what we’ve seen so far.