Dell has unveiled a brand new gaming monitor it is bringing to the Alienware lineup, dubbed the Alienware 25 AW2521H, not to be confused with the similarly titled AW2521HF. Dell is staying tight-lipped right now, only mentioning the new monitor in passing in a recent blog post on Alienware Arena.

We're looking at a 24.5'' IPS panel monitor with a native Full HD 1920 x 1080 resolution, boasting a staggering fast refresh rate of 360 Hz and a 1 ms GtG response time. What looks like a thin bezel means these should stack nicely for multiple-monitor setups.

As the refresh rate alone suggests, Alienware is aiming to deliver a buttery smooth gaming experience alongside lighting fast response with the Alienware 25 AW2521H. Alienware promises 'virtually no screen tearing or blurring, with consistent colors from every angle.'

The monitor runs natively with a 360 Hz response time while maintaining support for Nvidia G-Sync Ultimate thanks to an integrated G-Sync module. The monitor also features 99% sRGB color coverage. Alienware has yet to disclose contrast, connectivity, and brightness specifications, so we don't have a clear picture quite yet, but it does look promising.

The only real downside to the 360 Hz is that users are stuck with a max 1080p resolution. Then again, with its sights set firmly on the eSports market, 1080p is pretty standard across the board, as players favor frame rates over details.

Alienware hasn't offered much in terms of a release window other than 'later this year,' but the Alienware 25 AW2521H is unlikely to arrive before Q4 2020, we imagine.

As for pricing, we reckon it will cost markedly more than the 240 Hz AW2521HF model, which retails are around $500. Dell promises more details soon, although it did reveal the Alienware 25 AW2521H would be available in a Dark Side of the Moon color scheme. 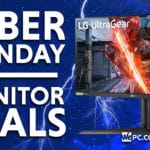 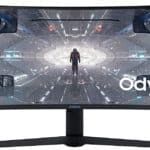 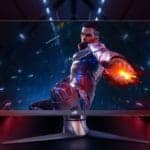 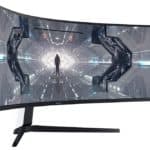