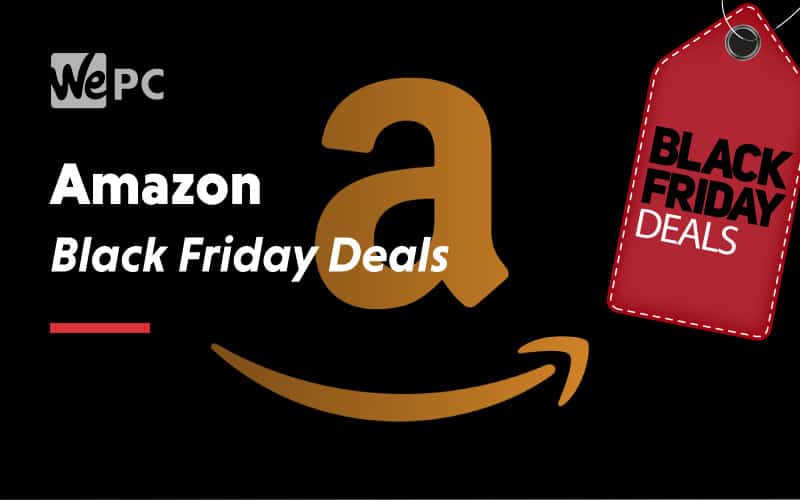 There is never a better time of the year to be shopping on Amazon than Black Friday! That's right, the biggest sales event of the year is back and if you are looking for the best Black Friday deals, then you are in the right place.

If you are looking to stock up, on well, anything, then Black Friday is the day to do it. The event starts on November 29th, 2019 and yes you guessed it, it's a Friday.

As those sweet deals hit the shelves we have you covered. In this article, we have the best Amazon Black Friday deals we can find, to help you in your quest for some top-class savings before Amazon Cyber Monday hits.

Confirmed: Amazon's Black Friday deals will go live at one minute past 00:00 on November 22nd!

Amazon is a huge marketplace, so naturally, they are going to be lashing out deals left, right, and center. Events like Black Friday attract millions of extra customers and the day is fast becoming manufacturers bread and butter. Amazon has an almost endless amount of tech that could potentially be up for grabs at a discount. Whether it's new headphones or a brand new gaming PC, there are going to be some savings to be made.

The team at WePC is going to be searching for the best tech deals we can find and bringing them to you. So don't worry, you are not going to have to sift through the duds on Amazon, we have done the hard work for you. Here we have the best Amazon Black Friday deals all in one place.

You can expect massive deals from computer and peripheral manufacturers such as Logitech, CYBERPOWERPC, and iBUYPOWER.

As soon as the deals go live we are going to be updating this page.

Let's take a look at some of the Amazon Black Friday deals from 2018 as it can give us a good insight into what may be on offer this year.

As you can imagine, Amazon had some excellent deals varying across all categories, here are some of the better tech deals.

These are just a small selection of what deals were available last Black Friday. Deals were at least around 20% with some stretching past as much as 40%!

Black Friday 2019 is fast approaching but we still have a bit of time to go, so there are no deals to report at the moment. As soon as the deals go live on Amazon, this page will be full to the brim of the best Amazon deals you can grab!

Black Fridays PC offers will be extremely popular as gamers look to cut the cost of a brand new gaming rig. The prices on these machines may seem a lot but when you factor in the warranty, testing, and software that they come with, you are getting a bargain!

Storage solutions always get slashed on Black Friday and who isn't looking for a bit of extra space? Whether it is a new SSD to speed up your boot times or an HDD to store your media, take advantage of these Black Friday deals and save your self some dough.

The graphics card brings wonderful detail to any gamers games and with them costing a hundred or sometimes thousands of dollars, any deal on these is gold! A Black Friday may have never been more important for graphics cards with a whole new wave of GPUs being released over the last year.

TVs often get a large percentage off when Black Friday hits and hopefully this one won't be any different. For some of the latest and greatest living room displays, Amazon could be a great place to check. With the cost of TV's being quite high, you can expect decent amounts off!

Looking to upgrade for a higher refresh rate, or have you seen a 4K gaming monitor you fancy? Well, Black Friday could be the day you get a premium gaming monitor on the cheap.

What better opportunity to get a new mouse and keyboard for your setup? Amazon has a vast amount of gaming peripherals on offer, so pick yourself up the best gaming mouse, keyboard and headset on the cheap.

In-ear or over-ear, Black Friday is a great event for headphones. Why pay a premium on some new Apple airpods when you can get a deal on Black Friday?

Smart Watches can be a costly bit of tech, so saving yourself any amount on such a device is always a bonus. No longer will you forget the time, with a Black Friday watch deal.

What Black Friday deals page would be complete without a section on some speakers. From portable speakers to TV soundbars, these products can normally be a costly affair.

Black Friday 2019 is on the horizon, so it is a good idea to start preparing for the big event and deciding what you would like on the day. There are always going to be great tech deals on Amazon when Black Friday comes and we are going to bring those deals straight to you without you needing to lift a finger.

As part of your preparation, bookmark this page so you don't miss out on the best Amazon Black Friday deals!