Almost inevitably, after a couple of weeks of teasing early deals, Amazon has finally announced when the event starts proper – at least as far as it is concerned.

From Friday 20th November, Black Friday will be in full swing, allowing the retail giant and its Marketplace sellers the chance to make some retail gains after what, for many, has been a frankly disastrous year.

Spare a thought too for retailers around the world currently in lockdown with their door closed to the public but this will only help Black Friday be an even bigger success for Amazon.

The news was released in a press release on AboutAmazon and the company said “Amazon is committed to making it easy to save this holiday season, in fact, a recent study by e-commerce analytics firm Profitero found that Amazon has the lowest prices. Plus, with Amazon’s extended returns window, customers can shop with confidence knowing that most items shipped now through December 31, 2020, can be returned for free until January 31, 2021, at over 18,000 convenient locations across the U.S.”

“Amazon will release tens of thousands of deals with deep discounts and incredibly low prices, including thousands of holiday deals from small businesses”

It was pretty obvious that Amazon was going to go big this year and this is the first indicator of how big. We will have to see the scale of the deals on Friday but we are leaning towards the idea that it will be mighty impressive.

WePC has a produced a handy guide on how to get the best from Black Friday which, along with a little help from your favorite gaming tech website, will ensure you manage to snap up what you want this sale period. 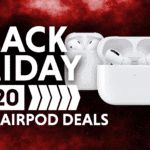 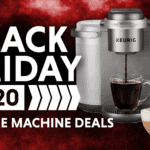 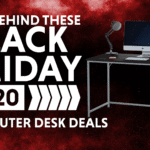 Get behind these Black Friday Computer Desk deals