Amazon has just unveiled Luna, their upcoming game streaming platform. Was anyone asking for this? I’m not so sure it’s something the world needed, but Amazon has data centers all over the world, and I suppose they might as well use them for game streaming. They sell everything from kitchenware to novelty shoes, but they’re also one of the largest web services companies around, operating the infrastructure for much of the internet. Their Amazon Web Services division is at least as important to them as their retail operation, and a consumer-facing game streaming service would, in theory at least, be a good way to add another commercial application for this infrastructure.

Although this was all equally true for Google and their Stadia service, and yet that has failed to meaningfully generate any real enthusiasm from players. Despite essentially nailing the technical implementation of a streaming service as best as we could have hoped for, Google has utterly failed to prove that Stadia and game streaming, in general, is anything other than a solution in search of a problem.

Much like Stadia, they are offering games on an à la carte basis, where you pay upfront to access games. They are also offering a $5.99 a month Luna+ subscription, which includes a selection of games, lifts the single device concurrent use restriction, and increases the playback to 1080p/60fps, although it’s not clear what the baseline performance is for users not subscribing to Luna+. That $5.99 price is only for the early access period, where the price will be going up at some point in the future, although Amazon hasn’t bothered to say what it will be going up to.

What’s bizarre about both Amazon’s Luna and Google’s Stadia is that for some reason neither of them seems to think it’s particularly worthwhile showing us a game that is only possible on their platform. They’re all largely full of games that are readily available on any half-decent gaming PC, or any of the consoles on the market right now. Where is the game that would be impossible without leveraging the entirety of Amazon’s cloud infrastructure? They are pitching us a vision of the future made possible by the infinite power of the cloud, then simply demonstrating this magical future technology that can also run on a cheap console box from 2013.

One interesting aspect about Luna when compared to other game streaming offerings is that they are supporting iOS devices, courtesy of a web browser. They won’t be releasing on the iOS app store, but they’re going to make available a Luna web app. Perhaps not an ideal solution from a technical standpoint, but it does allow Amazon to bypass paying Apple a cut of sales. 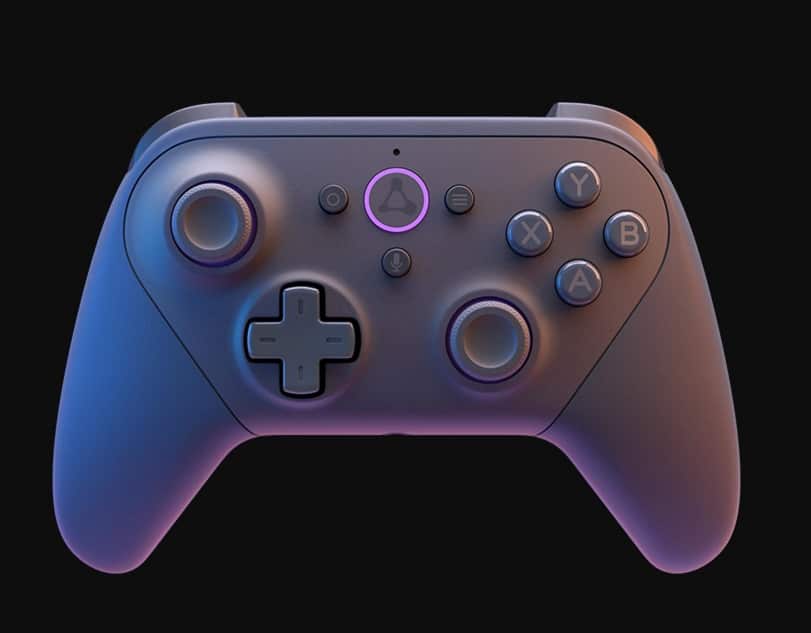 With any new gaming platform, we expect a new controller, and the Amazon Luna controller is this one. If you mistook this for a picture of a Nintendo Switch Pro Controller, you’re not alone. They look to me like they were separated at birth.

Hard to get too excited by this, especially when Amazon has had so many failed attempts to get into the world of gaming in the past. Perhaps they’re going to be able to leverage the Twitch integration to generate some attention, but beyond that, we’re not really seeing anything that will set the world on fire.