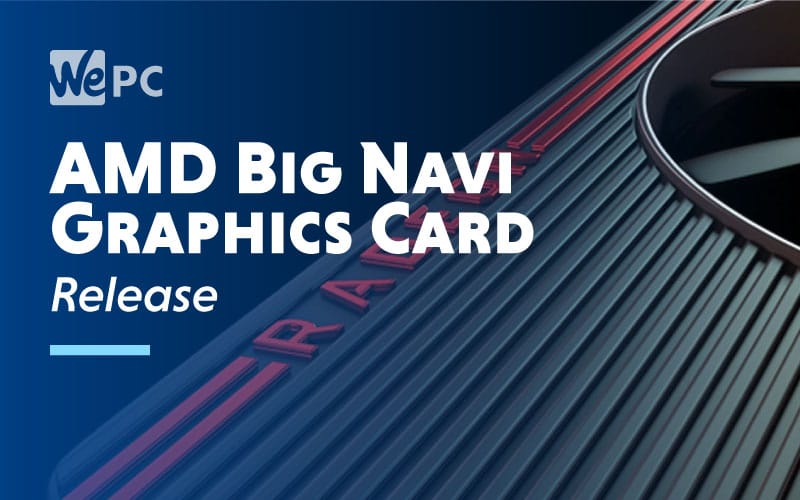 The so-called “Big Navi” or “Nvidia Killer” graphics card from AMD is thought to be due for release sometime this year.

AMD fans have nicknamed this new card “Big Navi” because it will be a more powerful, scaled-up version of the current RX 5000 series of graphics cards.

AMD is due to announce its RDNA 2.0 architecture any day now which people believe will be supporting ray tracing. This is likely to be featured on the Big Navi card.

What Do We Know About The Big Navi Card?

Despite all the news and rumors (plus two nicknames) around this card, it still hasn’t been officially confirmed by AMD. However, AMD CEO Dr. Lisa Su did have this to say at CES 2020: “You should expect that we will have a high-end Navi”. This, of course, isn’t much to go on but that hasn’t slowed the hype surrounding this card.

However, with no confirmation, it’s anyone’s guess as to who is right, if anyone at all.

Of course, without a whole lot of solid information to go on, there is no official release date to report. Rumors circulating are starting to heat up, suggesting that the card could be released very soon.

A mystery GPU has been spotted in the Radio Research Agency database, which was certified on February 3rd. No one knows for sure what graphics card this refers to, so naturally, many are suggesting that it’s the Big Navi.

Graphics cards typically release a month after they’re certified so we could see a release as soon as March.

How Much Will Big Navi Cost?

Given that AMD has a history of offering more competitive prices, we would hope they would stick with this habit and offer the Big Navi for less than this.

It’s all up in the air at the moment, but as soon as we hear more concrete information from AMD, we will let you know.