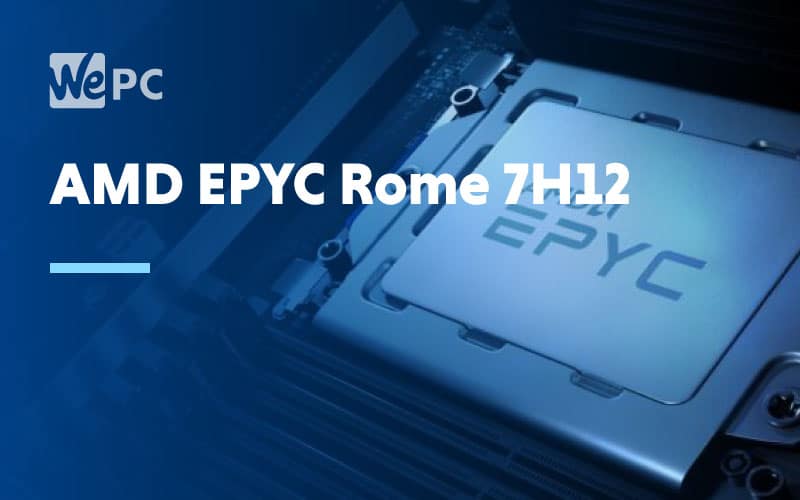 Some interesting information from a Geekbench 4 submission has recently surfaced. The benchmark showed off the power of two AMD EPYC Rome 7H12 64-core, 128-thread server-grade processors – all in one Cray Shasta supercomputer.

The 7H12 was added to AMD’s second-generation EPYC line back in September.

At the moment, AMD has three 64-core, 128-thread EPYC chips in its line. However, there’s a good possibility that more are on the way.

The Shasta supercomputer looks like it will sport two EPYC 7H12 processors meaning that it will be armed with a huge 128 cores and 256 threads. This system has a single-core score of 4,512 and a multi-core score of 181,580 points.

Even after all of these figures, this doesn’t put the Shasta supercomputer up into first place on the Geekbench 4 rankings. First place has been taken by Gigabyte’s R282-Z92 system, which holds the multi-core record. This system has two EPYC 7742 chips but shows a 3.4% improvement over the single-core score and a 7.6% improvement for multi-cores too.

With the specs of the EPYC 7H12, we would think it would outperform the EPYC 7742 and yet the above results don’t lie.

As we don’t have a great deal of detailed information regarding the EPYC 7H12, the discrepancy could be down to any number of factors, some of which include the system running at different memory, operating systems or different versions of the Geekbench 4 software.

When we find out more details of the EPYC system, we will be sure to let you know.