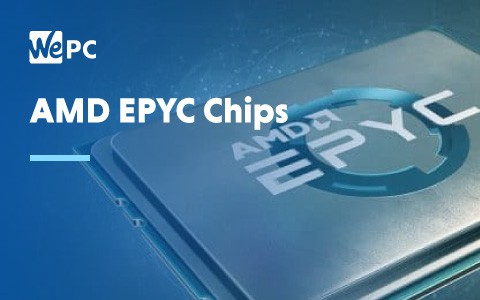 DigiTimes says that market observers estimate that the 2nd-generation EPYC CPU’s have drawn in significant IT entities of the ilk of IBM, Amazon, and Dell with orders to match, laying down the groundwork for AMD to secure a tenth of the server market. Part of the appeal is the inherent performance of the EPYC chips thanks to their high core and thread counts that rival Intel equivalent CPUs.

Alongside interest from heavy-hitters, as-yet-unreleased third-generation AMD EPYC chips are increasingly associated with upcoming supercomputer builds, including the US Department of Energy’s Frontier Supercomputer.

Right now, AMD is believed to hold 5% of the market, up from the 4.8% officially mentioned by AMD earlier this year, with that number growing exponentially with each passing day.

Interestingly, the official figures don’t account for the launch of the second-generation Rome EPYC chips. This means that growth is set to speed up thanks to the improvements implemented into the newer EPYC chips. In light of this, a 10% market share seems all too plausible, if not a foregone conclusion.

Although Intel still dominates, for now, it must be getting hot under the collar at AMDs stratospheric entry into the server market and with an ambitious roadmap to 2022 lined-up by AMD, a changing of the guard may be on the cards in the not so distant future.