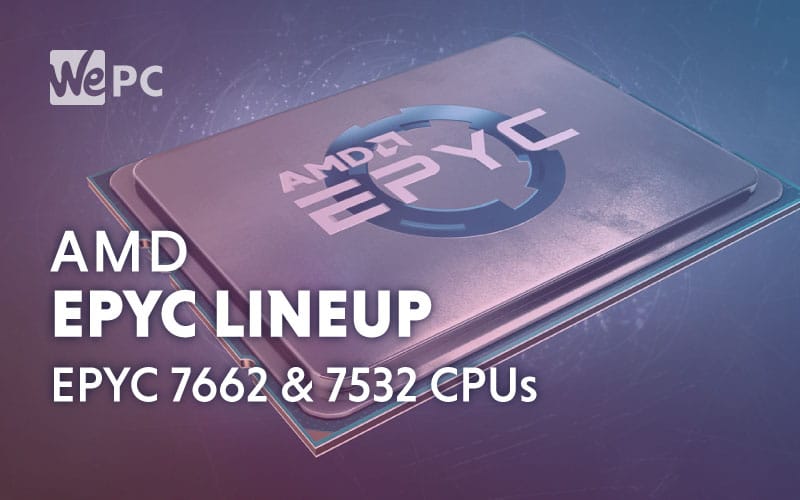 Since their introduction in 2017, the EPYC line of processors has been a great option within the server and embedded system markets.

We know that so far both Dell and Supermicro have signed up to use these new chips, with other big names likely to follow.

What Are These Chips Capable Of?

As with the other 64-core processors in the EPYC line, the EPYC 7662 processor is a 64-core chip with 256 MB of L3 cache. It appears this chip is aimed to serve as a cheaper option for customers who require a 64-core option, putting it at a tier lower than the existing chips.

The clock speeds for this chip look like it will match the market price too. With a base clock speed of only 2.0 GHz and a boost clock of up to 3.3 GHz, this is one of the lowest in the range.

The TDP for this chip is rated at 225 W which is a fairly typical range for these higher-end processors. This points towards it being a less power-efficient processor for those who need to save a bit of money on hardware, but don’t mind coping with higher temperatures and higher power consumption.

The other new chip from AMD is the EPYC 7532, a 32 core processor with a base clock of 2.4 GHz which can be boosted up to 3.3 GHz. The thing that sets this apart from the other 32 core chips in the lineup is the fact that it has an impressive amount of L3 cache – 256 MB to be precise.

This fills a niche in the market for consumers who require a larger cache. With 8 MB of L3 cache available per core as opposed to the normal 4 MB, this can help programs maximize their performance when running cache sensitive applications.

Finally, as with all the latest AMD EPYC processors, both of these new CPUs feature 128 PCIe 4.0 lanes and can support up to 4 TB of DDR4-3200 DRAM.