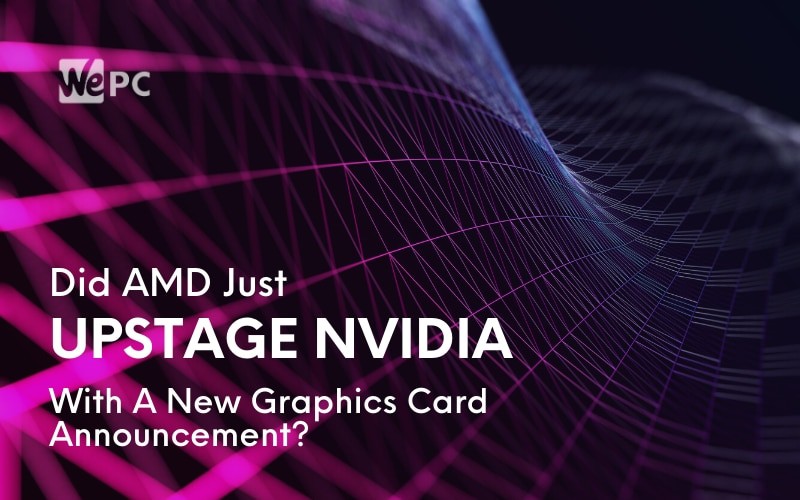 What Is The Radeon Pro VII?

This graphics card is aimed at professionals mostly, particularly those working with CAD (computer-aided design) or CAE (computer-aided engineering) and those who need high-performance computing. As it’s a workstation graphics card, it’s probably not one most of us will end up using.

This card follows on from AMD’s previously released Radeon VII which was also based on AMD’s 7nm Vega 20 GPU.

AMD says this graphics card will feature 60 CUs and 3,840 stream processors. Its Peak Single Precision (FP32) hits 13.1 TFlops and the Peak Double Precision (FP64) is 6.5 TFlops.

Included is 16 GB of HBM2 video memory, a memory bandwidth of 1TB/s, and PCIe 4.0 support.

AMD has even brought back its Infinity Fabric Link which allows users to link up two Pro VII CPUs to boost the bandwidth and benefit from low latency and memory sharing.

The Pro VII also has six Mini-DisplayPorts (1.4) ready for you to connect up to six HD monitors or just one 8K display if you happen to have one lying around.

According to AMD, the Pro VII can deliver up to 26% faster 8K image processing performance than Nvidia’s Quadro RTX 5000. This was tested with the Blackmagic Design DaVinci Resolve software.

AMD says that this new graphics card is the “new standard for crushing 8K broadcast content and complex CAE simulation workloads, without crushing the budget”.

While it certainly doesn’t come cheap, it’s still competitively priced for a workstation GPU. It’s currently priced at $1,899 and is expected to go on sale in June.

What Does Nvidia Have Planned?

While this might seem like a bit of an upstage to Nvidia, Nvidia still has enough up its sleeve. Nvidia CEO Jensen Huang is still expected to unveil Ampere architecture today, a few days after teasing the release of the “world’s largest graphics card”.

We’re interested to see exactly what Nvidia has planned and to get some more details finally about Ampere. Stay tuned here for the latest AMD and Nvidia updates as and when we hear them.