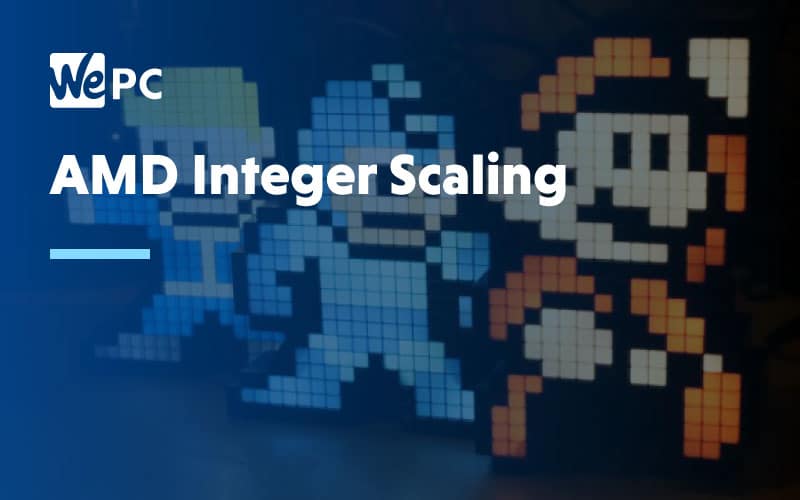 You may soon be able to play pixel-art gems like Stardew Valley free of the blurriness that has plagued higher resolutions using an AMD GPU.

According to October’s Linux driver patch archives, AMD is set to add integer scaling to its Radeon graphics drivers. There are no less than fourteen direct references to the feature in the Linux patches as recently as the end of last month, which suggests it’s coming sooner rather than later. The snippet was picked up by 0x22h via Twitter.

More than likely, the implementation is set to see the light of day with December’s hefty Adrenalin driver updates.

Integer scaling isn’t precisely what you’d call cutting edge and is arguably a relatively niche technology, but it is still by far the most-requested feature from AMD GPU owners as attested by surveys pushed out to users on the Adrenalin feedback page.

The feature allows low-fidelity games (those that employ the charming pixel art style and retro titles, for example) to appear much sharper and more defined at higher resolutions, notably 1440p and 4K. In other words, the graphics are upscaled with more fidelity. It also has the benefit of upscaling older games to the high resolutions, so they look significantly better.

Without it, the graphics have a distinctive cloudy quality that can be an eyesore, something that has gripped players with the advent of higher resolutions.

Both Intel and NVIDIA have implemented integer scaling in recent months, so it makes sense for AMD to follow suit, and as highlighted above, there’s an unequivocal demand for the feature.

It will be interesting to see whether AMD brings integer scaling to its entire family of Radeon GPUs or just a select few of the most recent models. NVIDIA’s version of the feature was pushed out in August but only works with Gen 11 GPUs and upwards.