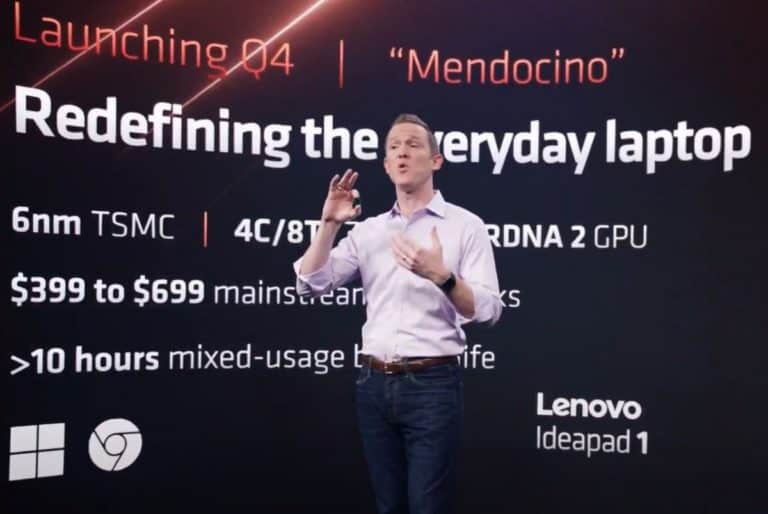 AMD Mendocino is the new series of APUs launched by AMD which targets the mid-range general use Windows notebook / laptop and Chromebook market, with the aim of creating machines that are better suited to run Windows 11 and Chrome OS. These new chips, announced in the AMD Computex 2022 presentation, come with improved onboard graphics (iGPUs). Read below for all the details we have so far on the AMD Mendocino release date, price, and specifications.

There were no definitive dates given for when we can expect each new laptop with this technology to be released, but the general AMD Mendocino release date for the technology as a whole will be throughout H2 2022.

The AMD Mendocino price range will be targetting the affordable entry-level end of the market. The given price range for notebooks/laptops and Chromebooks equipped with the new AMD APU was $399 – $699.

We’ll be updating this page with further info on the AMD Mendocino release date, price, and specs info as it comes out. Kept locked onto WePC for all the latest laptop and Chromebook news coming out of Computex 2022, and everything else worth knowing about in the world of computer and gaming technology.