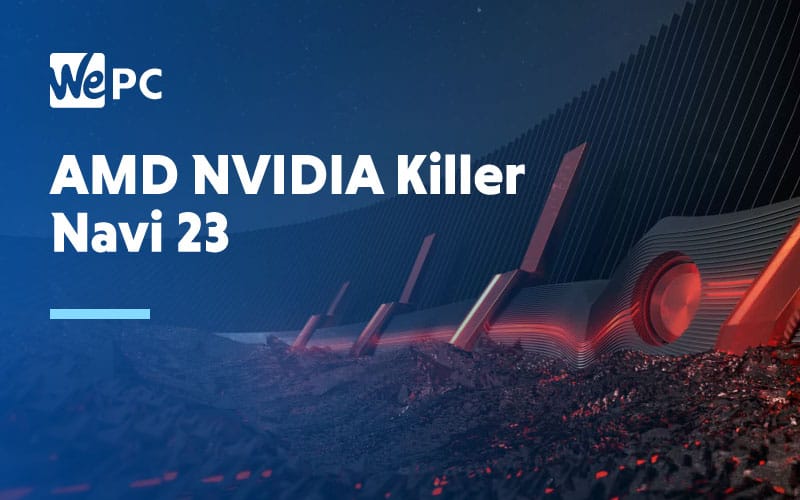 Rumors of a high-end NVIDIA Killer in the works at AMD HQ have done the rounds for a few months now, but the latest nugget suggests the upcoming Navi 23 GPU will feature in-built hardware support for ray tracing.

According to a series of recent patent filings and general rumblings across the board, Navi 23 is expected to be the first GPU from AMD to feature hardware ray tracing.

Alongside hardware ray tracing, the Navi 23 might include features such as variable-rate shading, mixed-precision compute improvement, better caches, higher instructions per clock, and advanced voltage regulation.

This is fresh off confirmation that the infamous chip was actually real courtesy of a Linux driver update.

The Linux code hinted a three separate AMD Radeon RX 600 Series GPUs based on 7nm+ process tech and next-generation RDNA2 architecture – the Navi 21, Navi 22, and Navi 23, as they are codenamed internally.

The Navi 23 is also being referred to as the NVIDIA Killer with the expectation that it will directly compete with, if not surpass, NVIDIA’s RTX 2080 and RTX 2080 Ti graphics cards in terms of sheer performance.

Terming the card NVIDIA Killer is nothing short of presumptuous and not necessarily what you’d expect from a manufacturer’s R&D department, so as always, a hefty dose of skepticism is a prerequisite.

We imagine the Navi 23 will challenge NVIDIA’s existing high-end range, but obliterating it seems far fetched, especially as the GPU giant preps the next-gen Ampere chips. The Navi 10 RX 5000 Series has done well to implement 7nm tech and challenge NVIDIA, but there’s still a lot to prove when it comes to matching NVIDIA’s architectural power efficiency.

What’s certain is that 2020 will be a pivotal year for AMD as it fires on all cylinders in both the GPU and CPU domains, whether it can finally surpass NVIDIA is still up in the air.