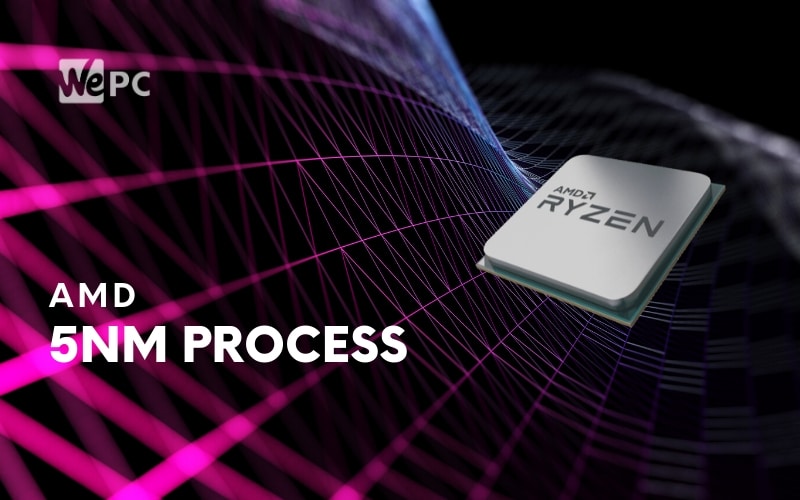 Estimates on TSMC’s 5nm process suggest AMD’s process lead is likely to remain unchallenged for the coming years. With the advent of the Zen 2 architecture based on the 7nm process, AMD stormed past Intel to take the lead, and now it appears this may continue as AMD leaps to the 5 nm process.

In an article exploring the production of 5nm process nodes at manufacturer TSMC, WikiChips estimates that the company’s 5nm will offer a density improvement over the existing 7nm node of 1.87x. This is important because TSMC produces AMD silicon. AMD is also widely expected to become TSMC’s biggest buyer of 7nm process silicon. We’re likely to see that commercial relationship continue and grow as the shift to 5nm happens in the future.

In other words, this means a transistor density increase of 87%, which should, in theory, translate to better performance notably in terms of compute performance and power efficiency in AMD’s 5nm Zen 4 chips, which are slated to arrive by the end of 2020.

While TSMC is still putting the final touches on the manufacturing process and prototype designs, the company hopes to start production in earnest by the end of this year.

While this is all speculative so early in the production of 5nm silicon, it bodes extremely well for AMD. Especially given that competitor Intel openly admits that it doesn’t expect to rival AMD until it can transition first from 10nm to 7nm, then 7nm to 5nm, which won’t be for several years.

Intel continues to lag behind both in terms of technology and products. We’ve yet to see desktop CPUs using the 10nm process and only a select few mobile models do.

The bottom line is that AMD is set to maintain its process lead for the foreseeable future, and it will be a while before we see Intel even attempt to alter the status quo.