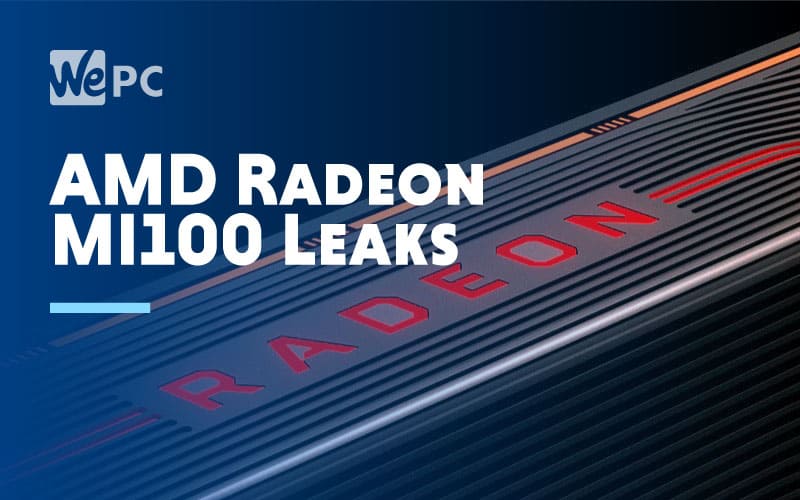 Since we’ve seen the arrival of the MI50 and MI60 Vega-based accelerators built on the 7nm process node back in 2018, there are now rumors surfacing of a new chip coming – and it looks to be huge.

The codename Arcturus chip was first mentioned by an AMD staffer all the way back in 2018 but rumors now seem to suggest that this Vega-derived GPU might have some pretty impressive specs, all contained in a low 200W TDP package.

What Do The Leaks Say?

Twitter user Komachi_Ensaka showed that the leaks indicate a 32 GB HMB card with up to 8192 cores with a base clock of 1 GHz and a boost clock of 1.33 GHz.

While it is surprising that this much performance can be packed into a data center GPU, it’s not unknown for AMD to make significant improvements to their hardware. In the past, AMD has used binning to increase performance on their cards with the Radeon Nano having a greater power efficiency than the subsequent 16nm Polaris Cards.

They have also improved when it comes to the Vega clocking. The GPUs in the Ryzen Mobile 4,000 announcement are clocked much higher than the old 12nm APUs. This may be due to the latest Vega architecture on the 7nm process being more efficient.

In more recent news, the AMD Threadripper 3990X managed to achieve double the core count from the 3970X while still running in the same 280W power band. This was achieved by reducing the clock speeds.

Who Are These Cards For?

Until we get nearer to the release of these cards, it’s going to be hard to pinpoint the target audience. At this point, it seems unlikely that we will see project Arcturus enter the consumer market with AMD’s Navi cards being the go-to solution.

This card may well be used in data centers or even high-performance computing in the future.