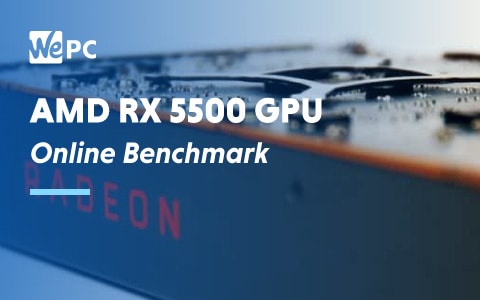 The rumors surrounding AMD’s Radeon RX 5500 graphics card have been floating around for a while now.

A recent announcement detailing the RX 5300 XT being used in an HP desktop has led on to further news that the unreleased RX 5500 graphics card has been added to the GFXBench database.

What does the benchmark say?

Not much is the short answer. Given that this data is available, this should surely tell us a lot about how it will perform. The problem is that the numbers don’t actually appear on the benchmark.

Twitter user Komachi discovered the GFXBench entry earlier this week. However, the GFXBench entry has minimal information in regards to the actual performance numbers. The ones that are included don’t offer what most of us would deem an accurate or reliable picture of the RX 5500’s power.

While this may be disappointing news at first, at least it confirms our suspicions that AMD’s next mainstream graphics card will appear with Ryzen-like GPU tiers.

Where does the RX 5700-series fit into the market?

As the RX 5700-series already exists with the RX 5700 and RX 5700 XT graphics cards, the RX 5500-series is expected to fill in the gaps to bolster this lineup. With it looking like AMD might be aiming toward the lower-to-mid range market with this product line, it’s going to be interesting to see just where the RX 5500 fits in specs-wise.

According to TechPowerUp, this may be a lower-end Navi GPU rather than Polaris-based. This could mean that it may be going up against Nvidia’s GeForce GTX 1660 – a seemingly wide-open area of the graphics card market.

What do you think of this upcoming graphics card? Do you believe this benchmark to have any substance? It looks like we’ll have to see if any more information surfaces before we can come to a firm conclusion.