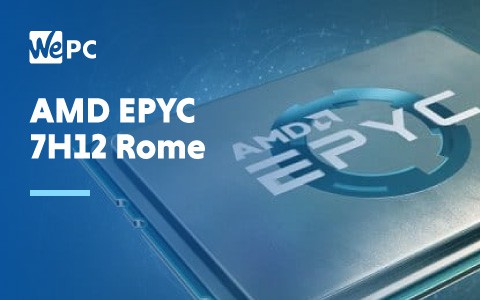 AMD has lifted the lid on its latest server CPU, the EPYC 7H12. It stands as the most powerful EPYC line CPU the company has produced to date. It exceeds the capabilities of the already available EPYC 7742, thus taking the top spot as AMD’s flagship server-specific EPYC product.

The EPYC 7H12 is geared towards liquid-cooled server builds and with good reason. Liquid-cooling is a prerequisite to maintain the chip’s TDP rating of 280 W, a jump of 55 W from the existing EPYC 7742. It’s the highest TDP in the Rome 7nm Zen 2 lineup regardless of core count.

AMD says the EPYC 7H12 is designed to be compatible with the SP3 platform to ease the transition when switching over to the newer CPU.

AMD also revealed that the BULLSEQUANA XH2000 supercomputer would be powered by racks featuring eight of the EPYC 7H12. The high-efficiency hybrid machine is expected to be ready for action sometime next year.

No release date was announced either, but we shouldn’t have too long to wait to find out when AMD hopes to launch the EPYC 7H12 in earnest.