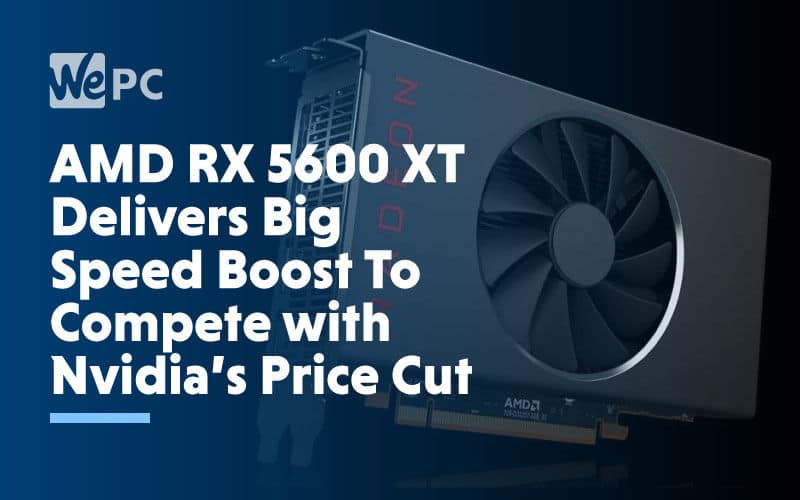 It appears that AMD is quickly trying to boost the clock speed of the RX 5600 XT before it’s released this month. This is reportedly a counter-attack to Nvidia’s recent price cut on their RTX 2060 which means the GPU battle is on already for 2020.

Nvidia has dropped the price of the RTX 2060 down to $299 (£275 in the UK). This is around a 15% price cut and it looks like it’s got AMD a bit worried. It might even mean that AMD will introduce their own price cut if they can’t reach the clock speed they’re after in time.

However, according to a report from Videocardz, a price drop isn’t on AMD’s radar right now. Instead, their response is to boost the performance of the RX 5600 XT card before it’s launched.

How Will AMD Boost The Speed?

AMD will reportedly do this through their new BIOS to GPU makers which will increase the Total Board Power (TBP) from 150W to 160W. This should mean it’ll be possible to boost the clock speeds and improve overall performance.

The memory clock is also now listed at 14 Gbps, up from 12 Gbps. All other specifications remain the same though.

Where Does That Leave AMD’s Card In The Market?

Even with these changes to the graphics card, it calls into question where the 5600 XT will fit into the market alongside competitors. Is it different enough in terms of competitive price or performance to stand out on its own?

The 5600 XT was originally meant to be an answer to the GeForce GTX 1660 Ti, but now that Nvidia has dropped the price of the RTX 2060, the AMD card is looking a little less appealing in terms of price. It’s hardly much cheaper than Nvidia’s offering now. The question remains on whether the performance is enough to make it appealing to consumers.