In what has become an all too familiar occurrence, it's currently near enough impossible to secure any of the higher end AMD Ryzen 3000 series CPUs. They are like gold dust and have seemingly sold out across the board.

Most US retailers now show both products as having sold out with a select few still offering the odd Ryzen 9 3900X chip. The situation has seen builders forced to delve into the murky waters of third-party resellers, who themselves haven't shied away from upping the price considerably to make the most of the drought.

For example, on retailer Newegg’s site, you can pick up a Ryzen 3900X from a third-party for the princely sum of $999, which is near enough double the MSRP. If you are looking for the 3900X though, you can backorder it on Amazon US right now for the original retail price of $499 - click here.

The only other avenue to get your hands on one of these Ryzen 3000 series CPUs is by opting for a pre-built machine, although, of course, you'll be paying a significant premium for all the other components, so it's not a tactic we can recommend.

AMD's beefy high-end desktop Ryzen Threadripper 3960X and 3970X processors, which shipped a few short days ago, have also sold out. Once again, builders are resorting to pre-builds and third-party resellers.

It's also interesting to note that the well-publicized shortages on the Intel side are borne of the manufacturer's decision to ship stock to data centers and other business entities at the expense of the average consumer. AMD's shortages present themselves much differently.

The whole debacle suggests the consumer uptake for AMD's latest chips has been higher than anticipated. There simply isn't the stock to match the demand. If there was any doubt as to AMD standing up to Intel’s dominance, then we have the best proof yet.

There's no word on when AMD hopes to replenish stocks, but with Christmas looming, any units that do surface should be snapped up almost instantaneously by interested parties. As such, it might be worth waiting for the initial launch hype to die down to pick one up. 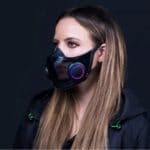