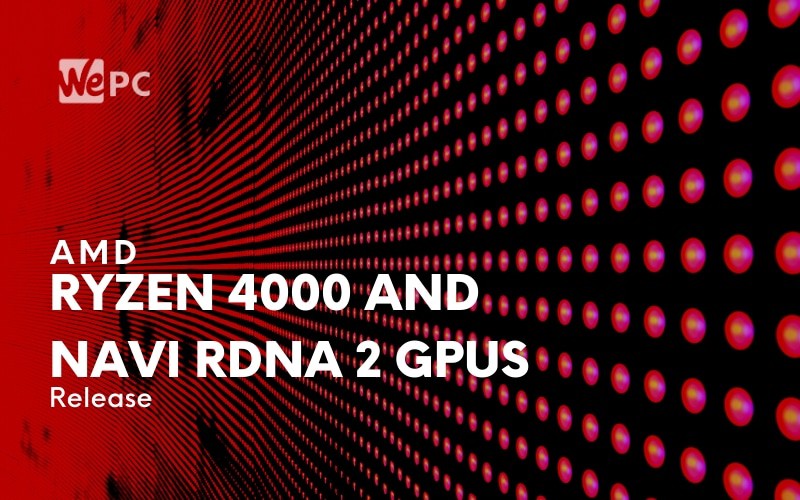 An anonymous source speaking to Wccftech, claims that AMD is putting in the groundwork to release the next-generation Ryzen 4000 CPUs and Navi RDNA 2 GPUs in October later this year. The rumor also suggests that AMD will look to unveil the two new lines of CPUs and GPUs late summer ahead of the products going on sale in the fall.

Speaking speculatively, a dual launch would make sense in marketing terms as it may prompt builders and those looking to upgrade their existing builds to go all out on AMD products for both their CPUs and GPUs. This is particularly relevant if AMD Navi RNDA 2 GPUs are as powerful as the rumor mill suggests.

Additionally, an October release correlates with what AMD has officially stated about the Ryzen 4000 release. The company is targeting to release the CPUs by the end of 2020.

An issue that affects the credibility of the rumor is, of course, the ongoing impact of the coronavirus outbreak. The long term repercussions of supply chain delays may see AMD push back planned releases, even though the manufacturer has confirmed that, as it stands, it is well equipped to respond to demand.

Of course, no one knows how the situation may evolve in the months ahead, notably as it seems the worst has yet to come in most regions of the world.

Pushing back the release of the Ryzen 4000 won’t affect AMD much as it continues to lead the charge over Intel in the desktop market. A delay to the Navi RDNA 2 GPUs, on the other hand, could potentially spell disaster as rumors swell that NVIDIA is preparing to launch its next-gen RTX cards, notably the GeForce RTX 3080 Ti, before 2020 comes to a close.

All in all, this remains a rumor from an anonymous source and, as such, needs to be taken with the requisite amount of salt. Even if it is genuine, the current global situation is likely to derail even the best-laid plans.