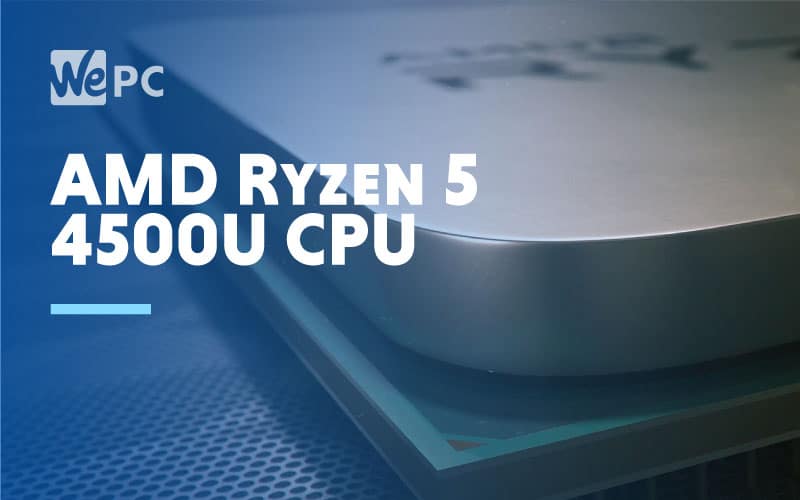 It looks like we’ve been given a sneak peek at the performance of the AMD Ryzen 5 4500U. There’s currently an embargo on the AMD Ryzen 4000 notebook processors. However, data slipped out by Overclockers gives us a glimpse at what we can expect from these 3rd generation Ryzen 4000 series of processors.

The information released is regarding the ACER Swift 3 S314-42 notebook, which will be released later on this month.

The Ryzen 4000 U-series of processors are potentially up against Intel’s 10nm Ice Lake-U and the 14nm Comet Lake-U processors as the main competition in the market.

According to benchmarks, the Ryzen 4500U has crushed the competition from Intel’s i5-8250U by over 50%. This is even despite the fact that both the Ryzen and Intel’s i5-8250U have the same 15W TDP. It appears that AMD’s 7nm Zen 2 architecture has allowed them to boost the performance to surpass Intel’s offering.

Also responsible for the boost is AMD’s integrated Vega graphics card. While this uses the same GPU core as the Ryzen 3000 mobile APU series, performance has been improved with higher clock speeds and faster memory. This means that the Ryzen 4500U and Vega 6 GPU can deliver 59% faster speeds when compared to previous Ryzen 3000 APUs.

Notebook Check reported that Assassin’s Creed: Odyssey and Far Cry 5 run at 32 FPS and 37 FPS respectively and Grand Theft Auto V runs at 54 FPS. Considering that the 4500U is a 15W laptop, this is pretty impressive.

Hopefully, once the embargo lifts, we will get more of an idea of what these chips can really do. Until then, we will have to rely on these leaks which should always be taken with caution.